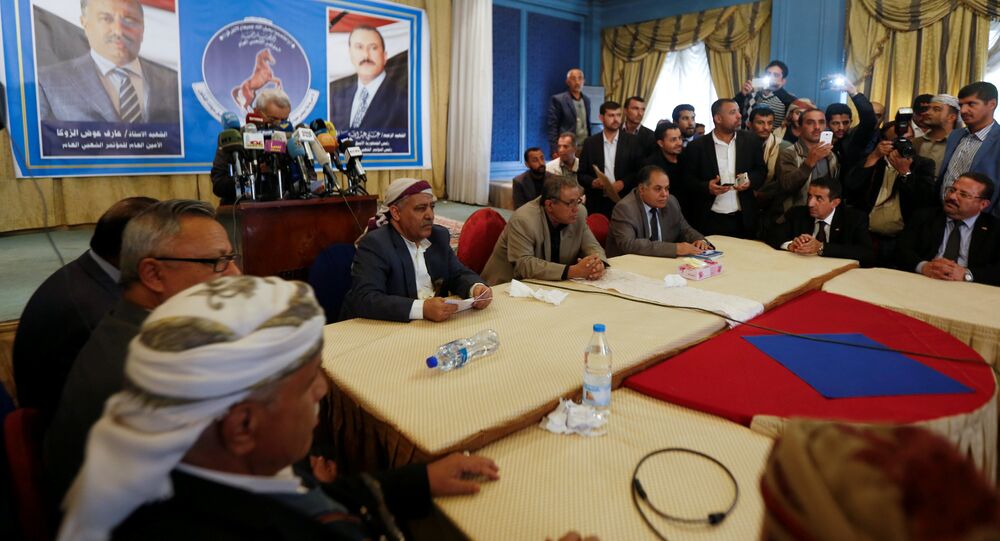 The party's General Council elected Abu Ras head of the party unanimously. Voting on the party's secretary general will take place later, for the time being, several party leaders jointly have taken up this post.

Abu Ras held various positions in the government of Yemen during the reign of Saleh. In 2011, he was injured during the missile attack on the presidential residence in Sanaa during the so-called Arab Spring protests. The unrest eventually led to the resignation of Saleh and then-Vice President Abd Rabbuh Mansur Hadi in 2012.

​Since 2015, Yemen has been torn by a conflict between the government, headed by Hadi and the Houthi movement backed by army units loyal to former President Saleh. The Saudi-led coalition of mostly Persian Gulf countries has been carrying out airstrikes against the Houthis at Hadi's request.

The civil conflict in Yemen between the Houthis and the authorities, led by President Abd Rabb Mansour Hadi, continues from 2014 onwards.