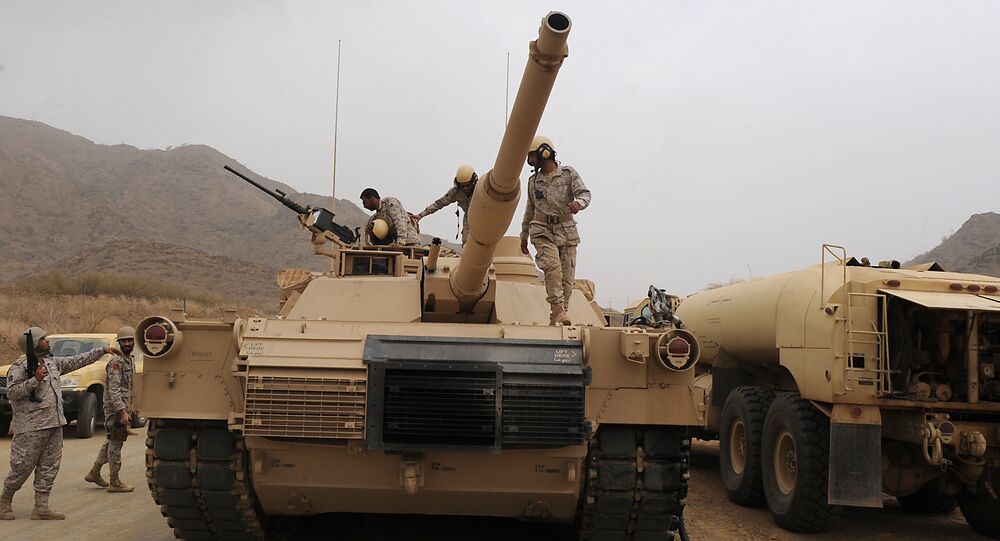 SANAA (Sputnik) - Yemeni Chief of the General Staff Maj. Gen. Taher Ali Auqaili has been injured when a car he was traveling in was hit by a mine near the border with Saudi Arabia, a Yemeni military source told Sputnik.

"Chief of the General Staff Maj. Gen. Taher Ali Auqaili has been injured in a mine explosion in the Al Khab and Al Shaaf districts of the Al Jawf province," the source said.

According to the source, Auqaili had a hand injury and was hospitalized. Al Jawf Governor Amin Ukaymi was travelling in the same car and also survived the explosion, the source added.

The incident follows two large-scale attacks in the districts of Al Khab, Al Shaaf and Al Matoon, launched by the Shiite Houthi movement, also known as Ansar Allah. According to the source, fighting between militants and the government forces continues in the area.

The conflict in Yemen has continued to escalate since November 2017, when two previously allied groups: the Houthi movement and army units loyal to former President Ali Abdullah Saleh split up over their stances on the future of the country. While the Houthis were eager to continue opposing the government, headed by Hadi, Saleh stated he was ready for negotiations provided all his demands are met.

On December 4, shortly after reaffirming the end of his alliance with the Houthis, Saleh was killed by the Yemeni rebels.

The Saudi-led coalition, consisting mostly of Persian Gulf countries, has been carrying out airstrikes against the Houthis at Hadi's request since March 2015.