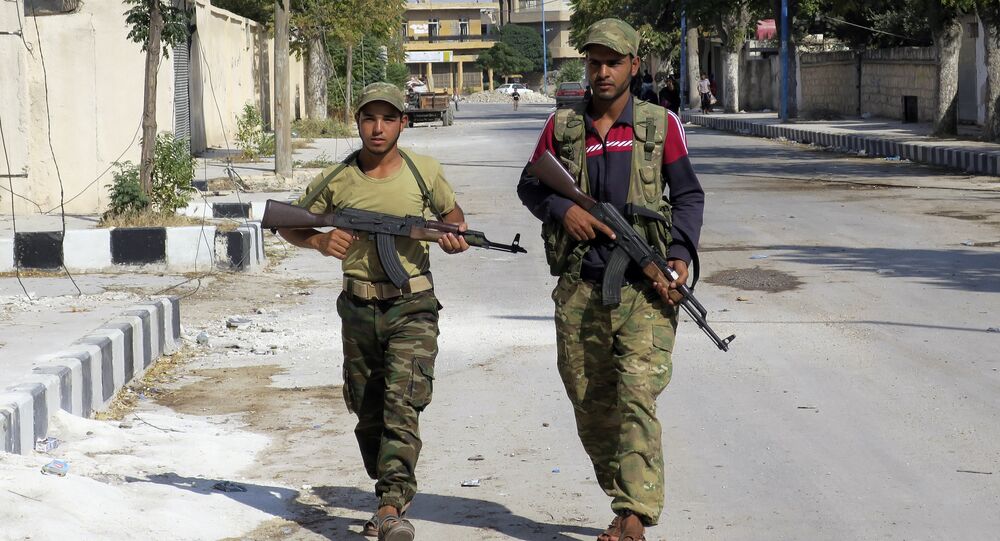 An attempt by Islamic State-affiliated militants to capture a key town and base in southwestern Syria from other rebel forces has ended in a total failure, despite initially making significant progress, the online newspaper AMN reported.

Things went terribly wrong for the Daesh-linked militants in Syria, who managed to seize Ash-Sheikh Saye’ed, a key town in southwestern Daraa province, from Free Syrian Army (FSA) rebels, only to be pushed back in a relentless counterattack.

The jihadists had initially succeeded in capturing several FSA checkpoints outside the town.

© AP Photo / Hassan Ammar
Daesh Terrorists Flee Al-Bab as FSA, Turkish Soldiers Seize the City Center
However, as they moved towards the outskirts of the town, the FSA units launched a counterattack, supported by artillery, anti-tank missiles and tanks, forcing the terrorists to withdraw to their previous positions.

In an earlier development, Syrian government forces flushed out Daesh fighters from Western Ghouta, located in the southwestern part of the Damascus countryside, completing a military operation in the area, the SANA news agency reported on Tuesday.

In December 2017, Russian Foreign Minister Sergei Lavrov reported a complete victory over Daesh terrorists on the east and west banks of the Euphrates River in Syria.