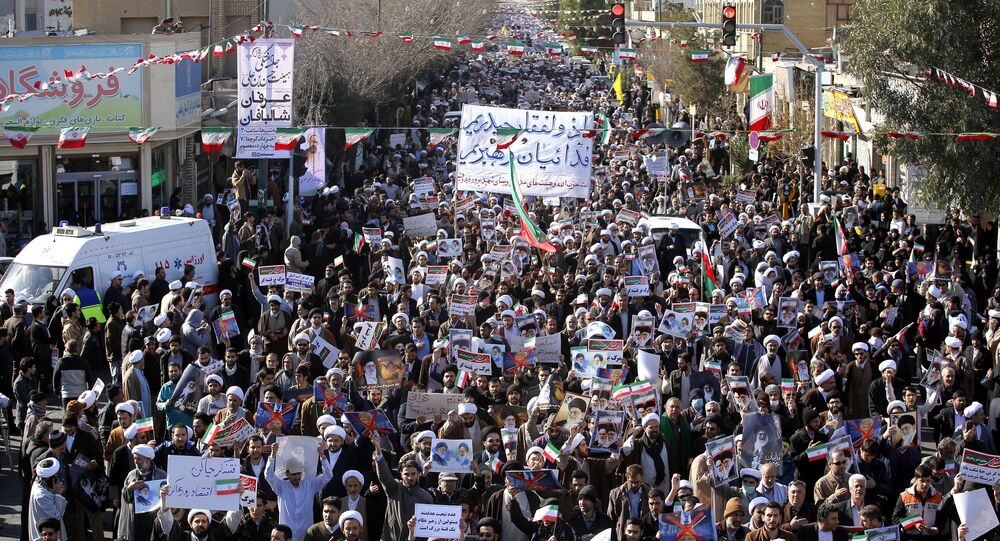 Hundreds of Iranians Take Part in Demonstrations Against Violence - Reports

MOSCOW (Sputnik) - Several hundred people on Wednesday took to the streets of a number of Iranian cities to protest against outbreaks of violence during anti-government demonstrations that hit the country, local media reported.

According to the broadcaster, the demonstrations took place in at least 10 cities, including Ahvaz, Bushehr, Ilam and Khorramabad, while the exact number of demonstrators has not been reported.

Over the last week Iran has been dealing with its largest popular protests in nearly a decade. The demonstrations started in response to a surge in fuel and food prices and high rates of unemployment, inflation and air pollution. At least 20 people have reportedly been killed so far, and 450 people have been detained.

On Tuesday, Ayatollah Ali Khamenei, the Iranian supreme leader, blamed "enemies" of Iran for the deadly protests, pointing out that they had "used the various means they possess, including money, weapons, politics and intelligence services, to trouble the Islamic Republic."

Also on Tuesday, Iranian Foreign Minister Javad Zarif said that Iranian citizens have the right "to vote and to protest," unlike the US allies in the region, noting that the authorities would not allow "infiltrators" to sabotage these rights "through violence and destruction."