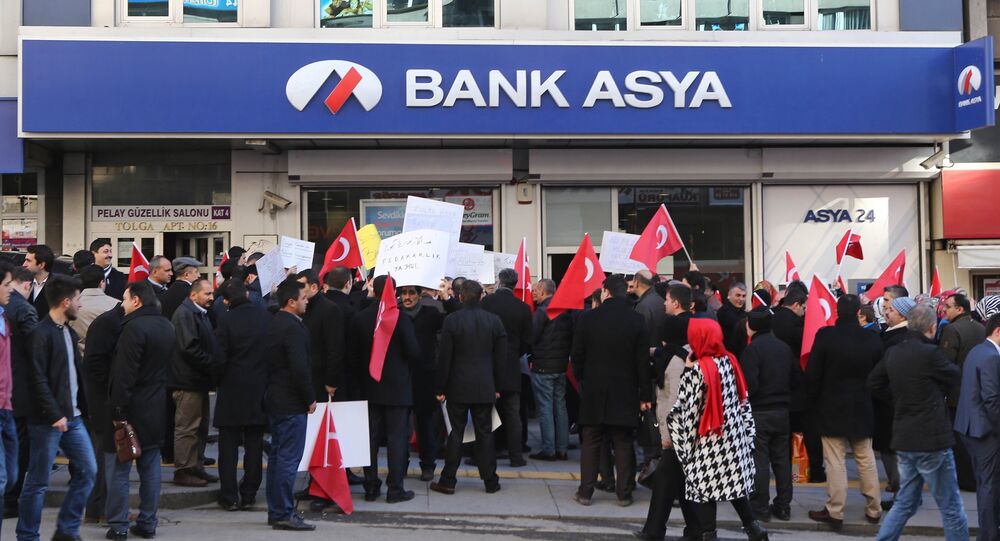 MOSCOW (Sputnik) - The Turkish police arrested 49 former shareholders of Bank Asya, allegedly affiliated with the movement of Islamic cleric Fethullah Gulen, which Ankara considers to be behind the July 2016 coup attempt in the country, the Anadolu news agency reported Wednesday, citing a police source.

The police launched a nationwide operation in nine provinces on Wednesday morning targeting former senior stockholders of Bank Asya, according to the news agency.

The operation was initiated by the Prosecutor General’s Office and sought to arrest 68 former high-ranking shareholders of the bank, the news agency added.

A military coup attempt took place in Turkey in July 2016. It was suppressed by government forces, with over 240 people killed and an estimated 2,000 wounded. Ankara has accused Gulen, who has been living in the US state of Pennsylvania since 1999, and his followers, of playing a key role in the coup. Gulen and his supporters have strongly denied the allegations and have called for an international investigation.

Following the failed government overturn in July 2016, Ankara has arrested thousands of public servants, military personnel, education workers, activists and journalists over suspected links to Gulen and his movement. Gulen, living in exile in the United States, has repeatedly denied the allegations of the failed coup organizations.