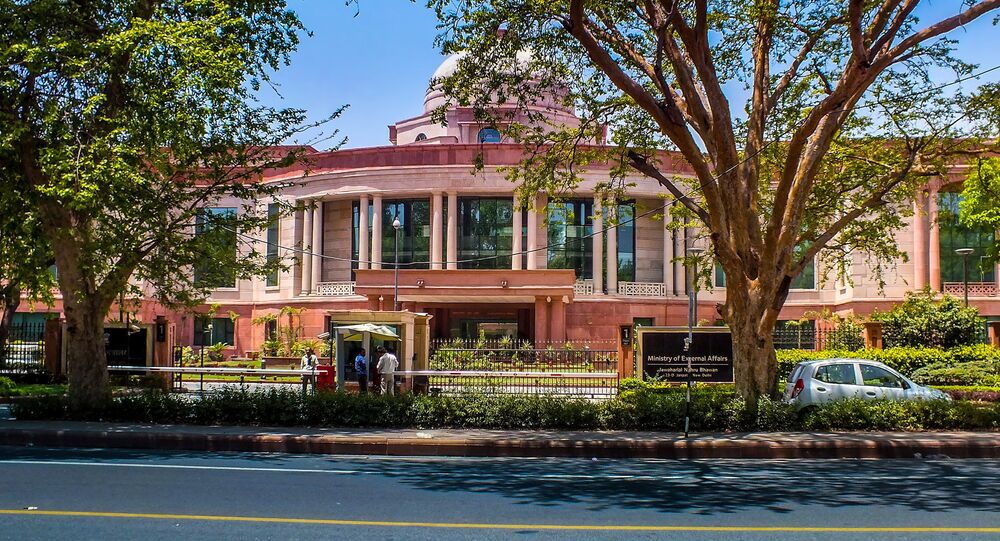 India's China Expert is Next Top Diplomat in Foreign Ministry

Former Indian envoy to China who helped resolve the Doklam crisis has been chosen to succeed India’s incumbent Foreign Secretary. The appointment is being seen as an indication of China’s priority position in India’s foreign policy.

New Delhi (Sputnik) — India's former ambassador to China has been appointed the new top diplomat in India's foreign ministry. The 1981 batch Indian Foreign Service Officer Vijay Keshav Gokhale will be the new Foreign Secretary; he is currently holding the position of secretary (economic relations) in the foreign ministry and will succeed S Jaishankar whose tenure will end on January 28 this year. Gokhale came back from his China assignment in October 2017.

Govt of India appoints top diplomat who helped bring peace with China after Doklam standoff — Vijay Keshav Gokhale — as the next Foreign Secretary of India. pic.twitter.com/3uph8SRJla

"Gokhale has had many of his assignments in China and Southeast Asia that also reflects what is seen as most important for India's foreign policy in general. The appointment of Vijay Gokhale confirms to what is becoming a convention of India's Ambassadors to Beijing becoming Foreign Secretary," Professor Swaran Singh, foreign relations expert and professor at the School of International Studies in Jawaharlal Nehru University told Sputnik.

© AFP 2020 / Leon Neal
Twitter Tears Apart India’s Ruling Party for Owning Trump’s Pakistan Jibe
Gokhale is proficient in the Chinese language and his experience in handling the Doklam crisis in coordination with Foreign Secretary Jaishankar and National Security Advisor AK Doval gave him an edge over other contenders for the coveted position. He has also served in the East Asia Division in the Ministry of External Affairs before going to China. The Division handles ties with China, Japan, South Korea, North Korea, Mongolia and Taiwan.

However, experts add that such an appointment may not necessarily indicate a reduction in priority of American diplomacy for India.

"This is not to say that Washington DC has become less important to New Delhi," Professor Singh added.