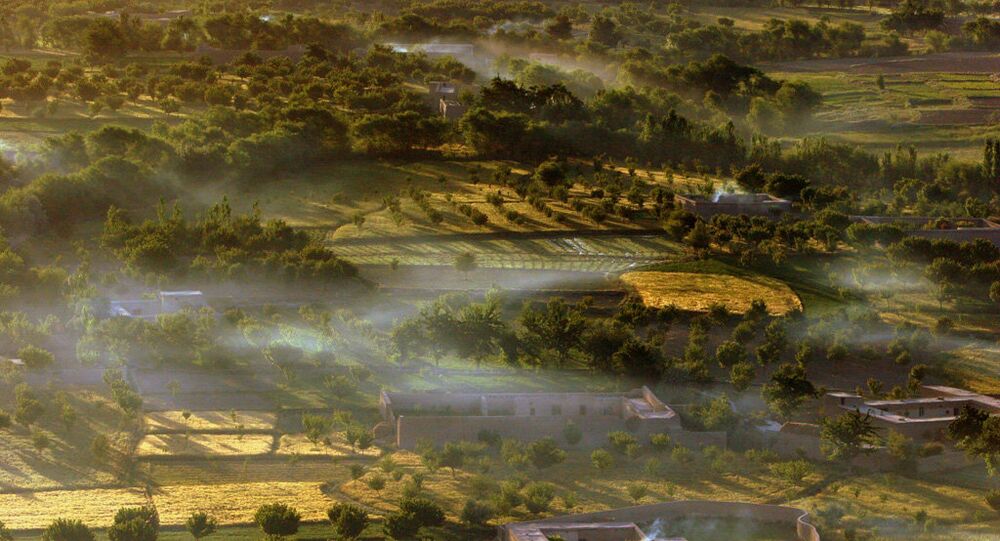 MOSCOW (Sputnik) - Mawlawi Wali Jan, a senior attack planner for the Taliban terrorist group in the province of Urozgan has been killed in an airstrike, along with 11 other militants, the Ministry of the Interior said.

"Yesterday, the shadow deputy governor of the armed Taliban for the southern Urozgan province Mawlawi Wali Jan known as Hamza with his 11 accomplices was killed in an airstrike," the ministry said in a statement.

According to the ministry, the airstrike took place in the province's capital of Tirin Kut.

At the same time, TOLO news outlet reported Tuesday, citing Nangarhar governor's spokesman, Attaullah Khogyani, that at least 65 Daesh militants were killed and 18 wounded by the Afghan forces in operations in Nangarhar province.

According to the outlet, one civilian was reportedly killed and 13 were wounded as the result of militants using local residents' houses as shelter.

Afghanistan has long been suffering from political and social instability fueled by terrorist groups operating in the country, including Daesh and the Taliban.

In August, US President Donald Trump announced his new strategy in Afghanistan after the 16-year-long war in the country. The strategy includes more soldiers on the ground and airstrikes on Taliban drug refining facilities.