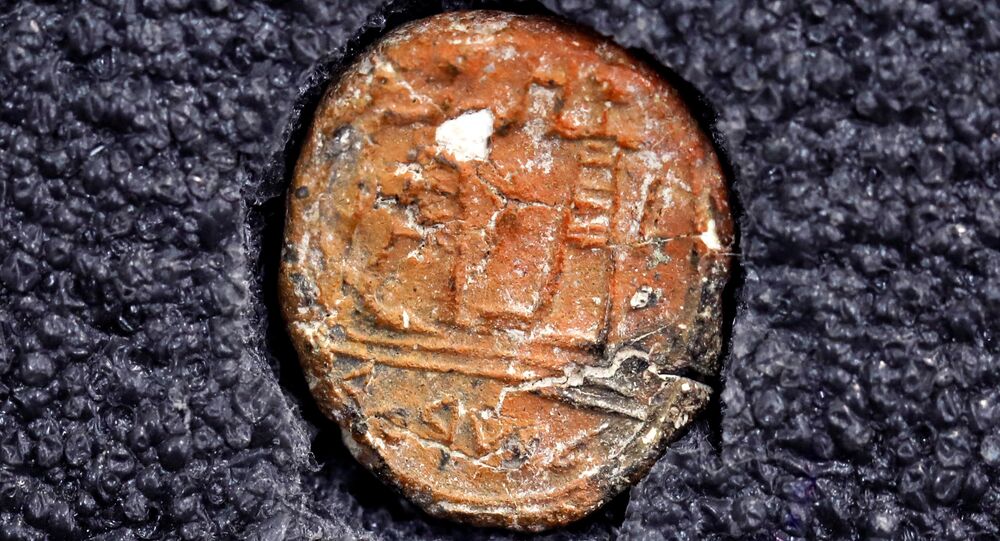 The extremely rare seal impression discovered in Jerusalem supports the Biblical account that 2,700 years ago the city really had a governor, Israeli media reported.

Found during ongoing excavations at the Western Wall plaza in the Old City of Jerusalem, the tiny clay artifact is inscribed in ancient Hebrew script as “belonging to the governor of the city,” The Times of Israel wrote.

"This is the first time that such an impression was found in an authorized excavation. It supports the Biblical rendering of the existence of a governor of the city in Jerusalem 2,700 years ago," the site excavator Dr. Shlomit Weksler-Bdolah said.

“The Bible mentions two governors of Jerusalem, and this finding thus reveals that such a position was actually held by someone in the city some 2,700 years ago, he continued.

According to the Hebrew Bible, Joshua served as the governor of the city under King of Judah, Hezekiah, and Maaseiah held the post in the days of King Josiah.