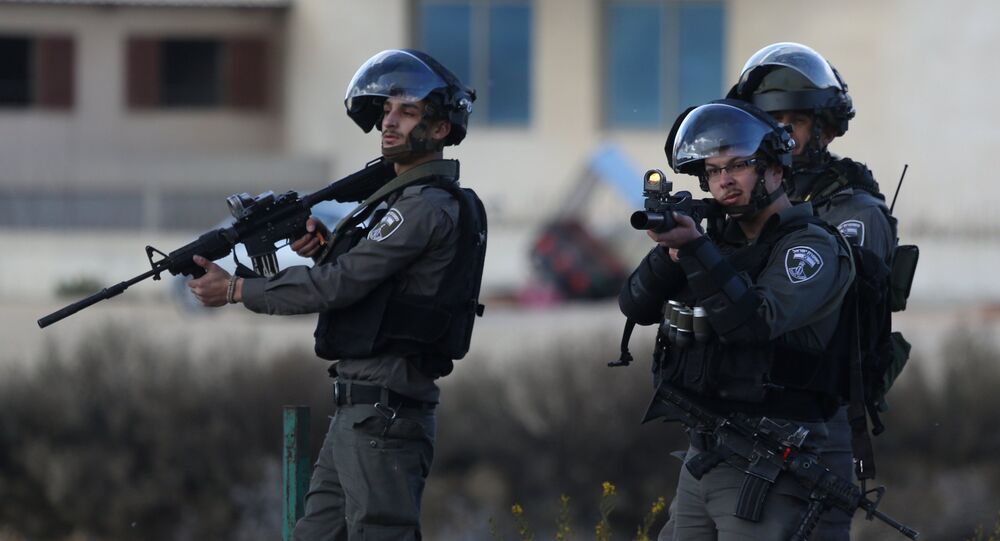 Israeli soldiers managed to foil a stabbing attack on servicemen near the city of Hebron having neutralized the assailant, the Israel Defense Forces (IDF) said.

"Moments ago, an assailant with two knives ran towards IDF troops at the Beit Einun Junction, north of Hebron, in order to commit a terror attack. IDF soldiers neutralized the assailant, no shots were fired. No injuries reported," the IDF wrote on its Twitter page on Monday.

© AP Photo / Tsafrir Abayov
Israel Attacks Militants' Posts in Gaza Strip in Response to Rocket Fire - IDF
For decades, Israel has been in conflict with the Palestinians, who have been seeking for diplomatic recognition for their independent state on the territories of the West Bank, including East Jerusalem, which are partially occupied by Israel, and the Gaza Strip.