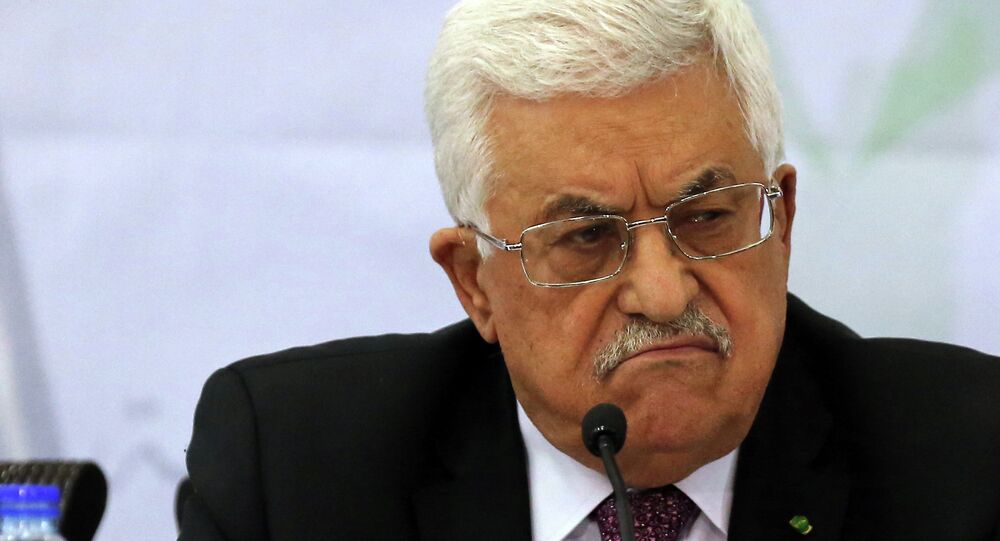 Speaking on the occasion of the 53rd anniversary of the establishment of Fatah, Palestinian Authority chairman Mahmoud Abbas slammed the Israeli Defense Forces and “settler terrorist groups” for their “crimes” against the Palestinians.

Mahmoud Abbas condemned once again the decision by the US President Donald trump to recognize Jerusalem as Israel's capital, while vowing to continue all possible political and diplomatic efforts to create an independent Palestinian state with East Jerusalem as its capital, based on the 1967 borders, Times of Israel reports.

On December 6, US President Donald Trump announced his decision to recognize Jerusalem as the capital of Israel and instructed the US State Department to move the US Embassy in Israel from Tel Aviv to Jerusalem. Guatemala followed the US' example on Sunday. Both decisions caused mass criticism across the world.

© AFP 2020 / ALAIN JOCARD
'Only Game in Town': Saudi Heir Allegedly Urges Palestinians to Accept US Peace Plan
This decision of the US president sparked mass protests across Israel and resulted in several deaths of Palestinians. PA authorities blamed these deaths on the IDF.

Relations between Israelis and Palestinians have ranged between uneasy and hostile for decades. Palestinians seek diplomatic recognition for their independent state on the territories of the West Bank, including East Jerusalem, which is partially occupied by Israel, and the Gaza Strip. The Israeli government refuses to recognize Palestine as an independent political and diplomatic entity, and builds settlements on the occupied areas despite objections from the United Nations.