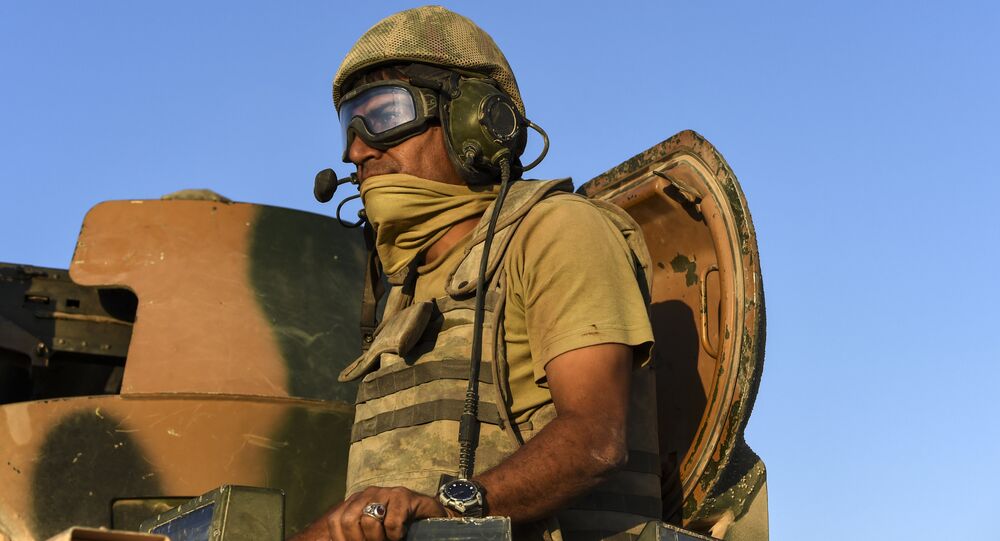 Turkey Dispatches Another Batch of Troops to Qatar Amid Gulf Crisis

The crisis between Qatar and its Gulf neighbors erupted earlier in June, with the latter demanding Qatar to close the Turkish military base on its territory.

Turkey has sent another group of its troops to Qatar amid the diplomatic crisis between Doha and its Arab neighbors, Saudi Arabia, Bahrain, the UAE and Egypt, the Qatari Defense Minister announced on Wednesday as quoted by Turkey's Daily Sabah news outlet.

The troops that arrived at Al Udeid Air Base in southern Doha the day before, will join another group of Turkish soldiers, which were previously stationed at the Tariq bin Ziyad military base in Qatar.

© Sputnik / Igor Zarembo
Raytheon Inks Over $150Mln to Install Patriot Defense System in Qatar
The deployment comes as part of the 2014 deal between Doha and Ankara, with Turkey establishing its military base in the Gulf country at the request of the latter's government. Two years later, the countries signed a deal that stipulated the deployment of Turkish troops to Qatar.

The first group of Turkish soldiers arrived in Qatar this June and held their first drills at the Tariq bin Ziyad military base in August.

The ministry noted that with the new groups of soldiers, the countries would have more military drills aimed at strengthening their defense capabilities.

In early June, Saudi Arabia, the United Arab Emirates, Bahrain and Egypt cut off diplomatic relations with Qatar, accusing it of supporting terrorism and meddling in their internal affairs. Kuwait, acting as a mediator in the crisis, handed an ultimatum to Doha containing 13 demands on behalf of the four states. The list included requests to sever Qatar’s relations with Iran, close Turkey’s military base in Qatar and shut down the Al Jazeera broadcaster, as well as to end support for the Muslim Brotherhood.