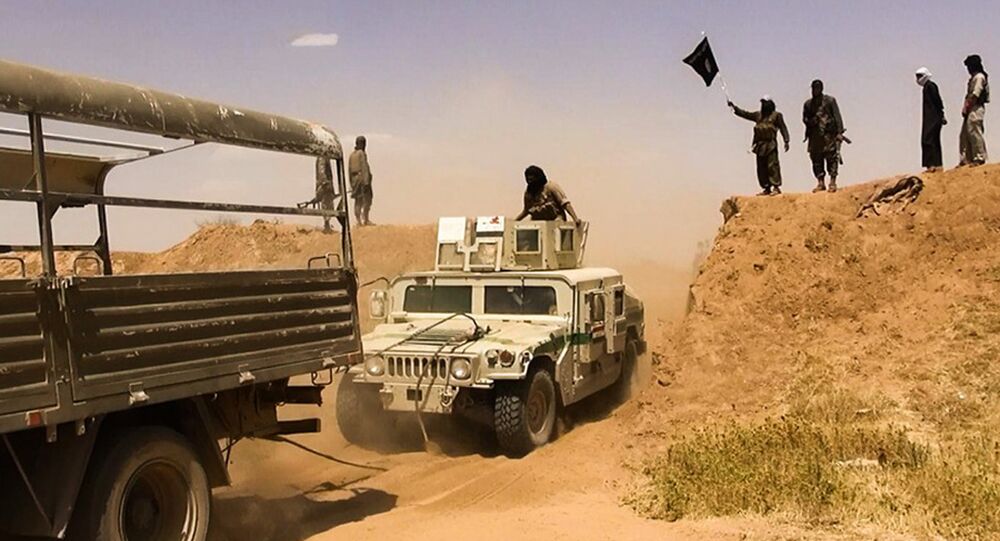 Chief of the Russian General Staff Valery Gerasimov said that trained by instructors and with a large number of weapons and equipment captured from Iraqi and Syrian armies, Daesh terrorists were de facto a regular army.

MOSCOW (Sputnik) — Formations of the Islamic State terror group (Daesh) were headed by commanders trained by instructors from countries of the Middle East and the West, Chief of the Russian General Staff Valery Gerasimov said.

"With the beginning of the events in Syria, the General Staff was monitoring the situation, knew the peculiarities of the tactical action of these gangs. We understood that in addition to terrorist actions, they used some tactics. These gangs were headed by commanders who had been specially trained by instructors from a number of countries in the Middle East and from Western countries. There even were former officers of the Iraqi army," Gerasimov told the Komsomolskaya Pravda newspaper in an interview published Wednesday.

Russian Defense Ministry
Russia Starts Forming Permanent Groups in Syria's Tartus, Hmeymim Bases - Shoigu
He added that over the period of fighting, militants had also captured a large number of weapons and equipment from Iraqi and Syrian armies.

"They had up to 1,500 tanks and armored vehicles alone in their arsenal. Plus, some 1,200 artillery pieces and mortars. It was de facto a regular army," Gerasimov stressed.

Gerasimov noted however, that the Russian army in Syria engaged in hostilities with some 70,000 Daesh terrorists with about 60,000 of them having been eliminated.

He also said that Defeating the Jabhat Fatah al Sham terror group (formerly Jabhat al-Nusra or Nusra Front), is the main goal in Syria for 2018.

Putin: Russia to Continue Fight Against Terror, Including in Syria, if Necessary

Over 40 Russian Women, Children to Return From Syria, Iraq in Coming Days