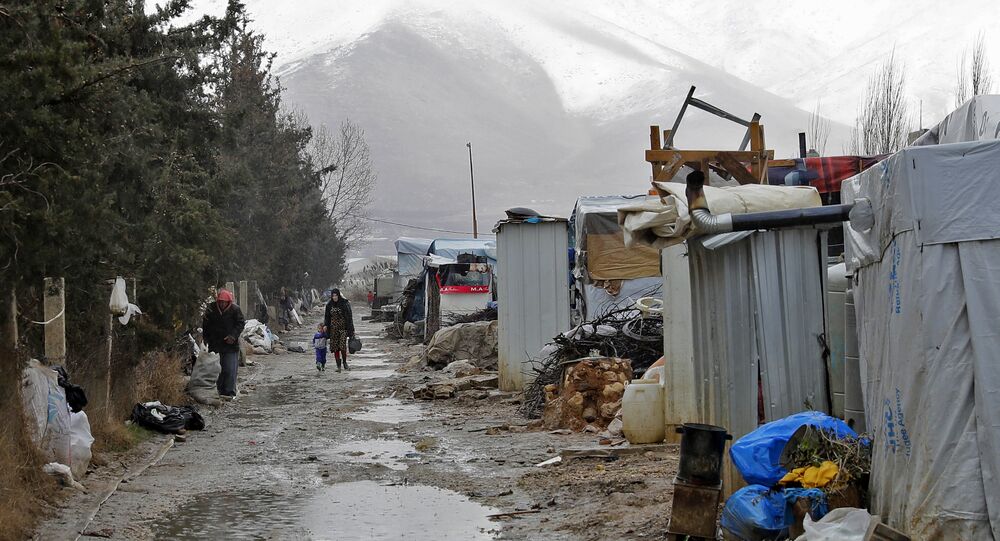 Ceasefires in some parts of Syria apparently have contributed to the decline of the number of Syrian refugees in Lebanon, which has dropped below one million, according to UNHCR.

© AFP 2020 / Alberto PIZZOLI
UNHCR Urges to Prolong EU Refugee Relocation Program, Calls for More Solidarity
The UNHCR spokeswoman added that 75,720 refugees, mostly Syrians, were submitted for resettlement between 2011 and September 2017, while more than 49,000 people were deported over the same period. According to the UNHCR estimates, several thousand people returned to Syria this year from Lebanon.

“Ceasefires have restored relative calm to some parts of Syria, and this has encouraged a considerable number of internally displaced Syrians and a smaller number of Syrian refugees to return to their homes. And UNHCR began this year to scale up its operational capacity inside Syria,” Abou Khaled said.

According to the spokeswoman, until the war is over it is very important to have a political and peace process, which could put an end to the conflict and create the conditions for refugees’ return to their homes. Syria has been engulfed in civil war for six years, government forces have been fighting against different opposition groups, as well as extremists and terrorists. The situation made millions of people flee the country for Lebanon, Jordan and Turkey.

Couple of months ago, the United Nations Independent International Commission of Inquiry reported that the hostilities have significantly decreased in Syrian regions of Daraa, Quneitra and as Suwayda. The decline in hostilities has become possible after Putin and Trump reached a deal on controlling the implementation of the truce in Syria's south which was also backed by Jordan.