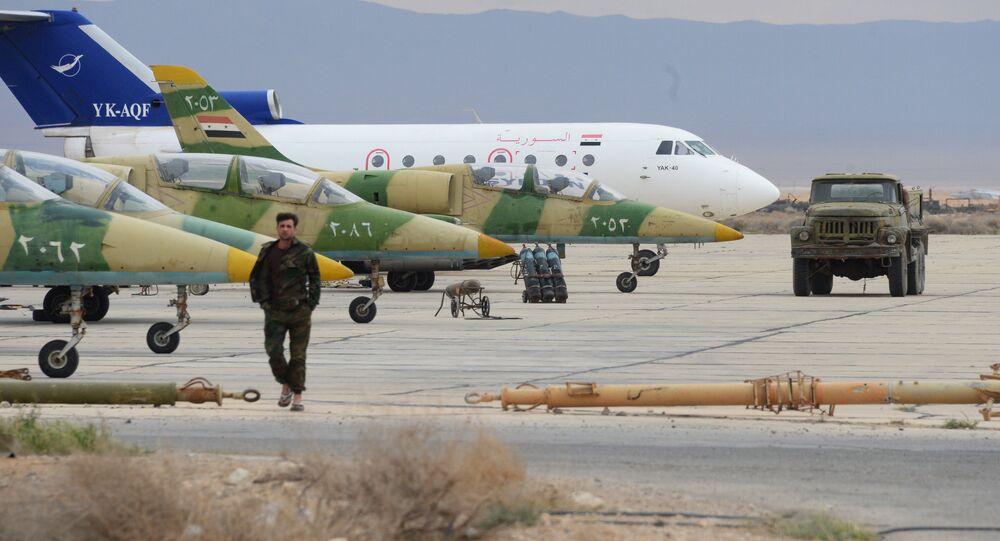 It has not been immediately clear which militant group was responsible for the plane's downing.

According to local media reports, a Syrian army's military aircraft has been downed by militants in the Hama province.

"The military aircraft crashed in the vicinity of Hama after it was shot by terrorists; the pilot was killed," a source told the Syrian state-run SANA news agency.

It has not been immediately clear which exactly militant group was responsible for the plane's downing, while Damascus has yet to comment on the attack.

According to Al Masdar media outlet, terrorists allegedly first captured the pilot and then killed him; however, the information has yet to be officially confirmed.

The plane, reportedly identified as a L-39 Albatros, was downed by anti-aircraft machine guns belonging to the militants, Al-Masdar reported, citing a source in the opposition. At the same time, the media outlet cited a government source as saying that the jet suffered a technical error.