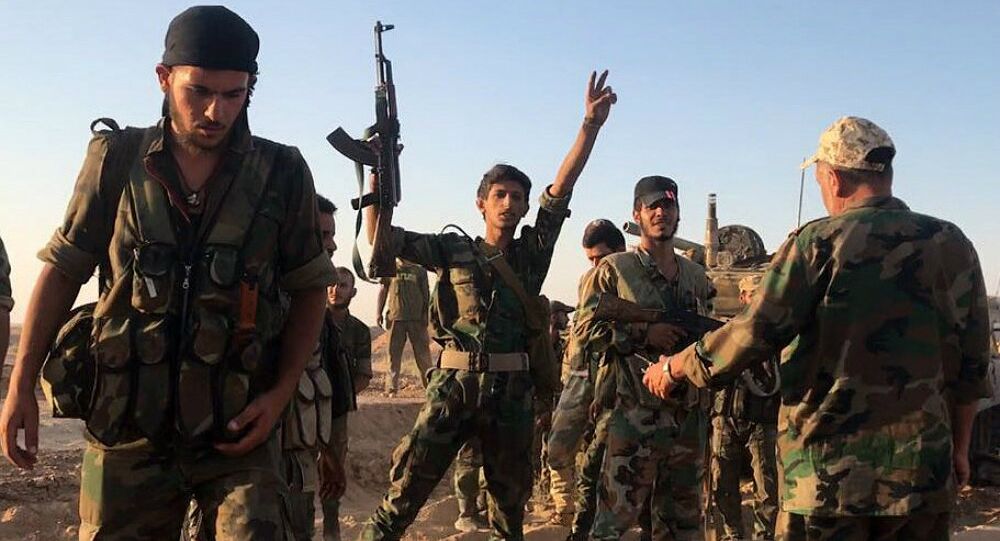 The enclave of Beit Jin is the last rebel-held bastion in Western Ghouta. The Syrian Army and its allies began an operation to retake the area two months ago.

The Syrian Army and its allied Iranian-backed forces have advanced towards the enclave of Beit Jin near a strategic area at the Israeli-Lebanese border, Reuters reported citing rebel sources.

The Syrian military has encircled the village of Mughr al Meer at the foothills of Mount Hermon as troops moved towards the bastion of Beit Jin amid intense clashes, in a major operation against militants.

Beit Jin is the last rebel stronghold in Western Ghouta, southwest of Damascus, an area that has been under government control since last year.

The offensive was supported by airstrikes and heavy artillery shelling.

According to the report, a Western intelligence source has confirmed rebel reports that Iranian-backed units, including Lebanon’s Hezbollah group, were playing a major role in the offensive.

Israel has been worried about the growing Iranian influence in Syria after the defeat of Daesh. Earlier this month, Israeli Prime Minister Benjamin Netanyahu said Israel will not allow Iran to "entrench itself militarily in Syria." In recent weeks, Israel has carried out several airstrikes against what it said to be suspected Iranian targets in Syria.

© AP Photo / Hassan Ammar
Syria Intercepts Israeli Missile Attack Near Damascus - Reports
Tehran has repeatedly denied reports of having a base in Syria as well as conducting military operations there, however, stressed its cooperation with Damascus in the fight against terrorist organizations, including Daesh, and acts as one of the guarantors of the ceasefire in the country jointly with Russia and Turkey.

While Syria and Israel, which have never signed a peace treaty, have repeatedly exchanged multiple tit-for-tat attacks, Netanyahu stated that Tel Aviv is free to act in Syria for the sake of its security.

Damascus has never recognized the establishment of the Israeli state in 1948, while the disputed region of the Golan Heights has been at the center of the conflict between the two Middle Eastern states. Israel occupied the Golan Heights during the Six-Day War in 1967, with the international community refusing to recognize Israel's annexation of the territory.