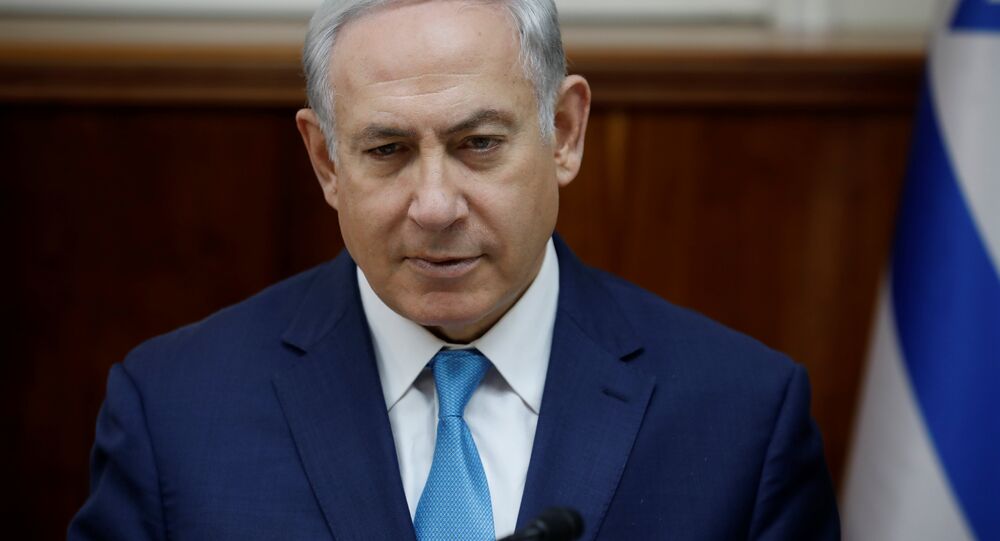 Israeli Prime Minister Benjamin Netanyahu has lashed out at Palestinian President Mahmoud Abbas over his reluctance to approve any peace plan on solving the Palestinian-Israeli conflict put forward by Washington.

"For all practical purposes he is withdrawing from the [diplomatic] process and is not interested at all what kind of proposal the US brings forth," Netanyahu said referring to Abbas' remarks during his recent press conference with French President Emmanuel Macron.

The Israeli Prime Minister claimed that all this "again reveals something simple and clear – the ones who do not want a resolution to the conflict are the Palestinians."

In a statement on Friday, Abbas said that the US has "disqualified" itself from the Middle East peace process because of its move to recognize Jerusalem the capital of Israel.

"The United States is no longer an honest mediator in the peace process, we will not accept any plan put forward by the United States," Abbas pointed out.

Earlier this week, Netanyahu slammed the United Nations as a "house of lies," saying that "the State of Israel totally rejects this [UN General Assembly] vote, even before [the resolution's] approval."

Shortly after, the UN General Assembly approved a resolution to reject US President Donald Trump's recognition of Jerusalem as the capital of Israel after 128 member states voted in favor of the measure.