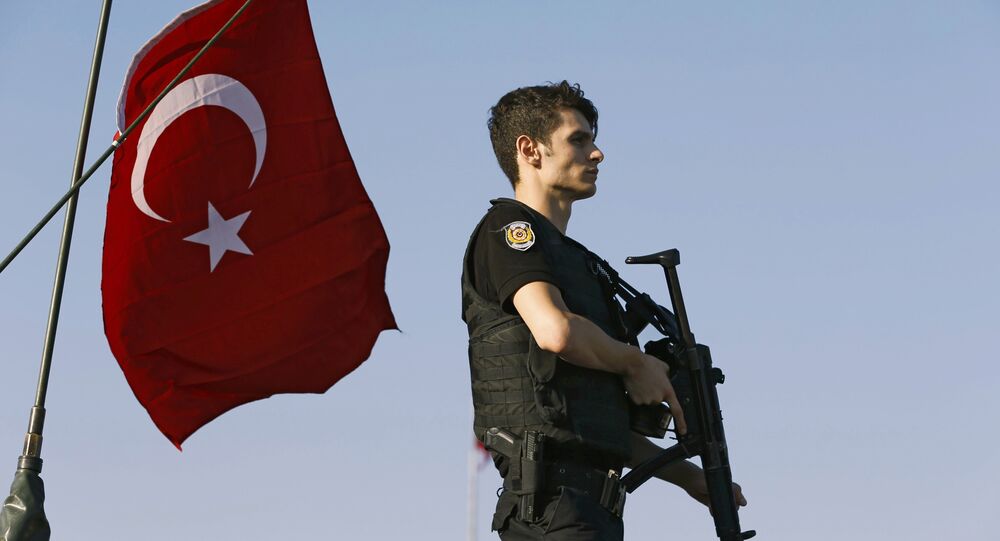 ANKARA (Sputnik) - The Turkish government has ordered the firing of 2,756 more public servants and military servicemen over alleged links to Islamic cleric Fethullah Gulen's movement referred to as the Fethullah Terrorist Organization (FETO) by Ankara and accused of being behind the failed coup attempt in July 2016.

According to the decree published in the Turkish Official Gazette on December 24, 637 soldiers from the Turkish Armed Forces, including 155 from ground, 155 from naval and 327 others from air forces, were fired. Members of police, gendarmerie, coast guard, the Justice Ministry, the Education Ministry, the Directorate of Religious Affairs and state universities staff were also dismissed. In addition, 17 public organizations, including seven funds, were closed.

On July 16, a failed military coup attempt took place in Turkey. Over 240 people were killed, while nearly 2,200 people were wounded. The Turkish authorities introduced a state of emergency following the coup attempt.

Ankara accuses the Gulen movement of masterminding the failed coup attempt, and has arrested thousands of military personnel, activists, officials, journalists, legal and educational workers over suspected links to the group. Gulen himself, who has been residing in the United States since 1999, has refuted all the allegations on numerous occasions.

Miss Turkey Stripped of Her Crown Over Tweet About Coup Attempt