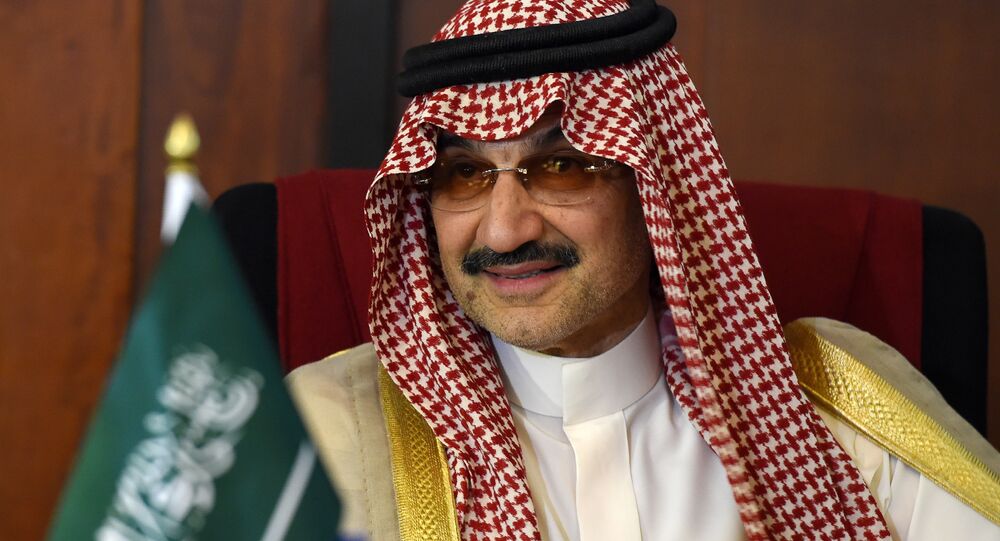 Prince al-Waleed bin Talal, whose fortune is estimated to be some $18.6 billion, was detained in November along with other princes and high profile Saudi officials as part of the massive anti-corruption probe launched by Crown Prince Mohammed bin Salman.

The Wall Street Journal has published a report suggesting that the Saudi government ordered al Waleed who is allegedly held in a luxurious Ritz-Carlton hotel in Riyadh to pay some $6 billion in exchange for his release.

However, the prince is reportedly having a behind-the-scenes contest with the authorities to avoid paying the huge sum of cash, an amount that would inflict a painful blow to his business enterprises. The prince owns the Kingdom Holding global investment company, which holds stakes in such international corporations as micro-blogging platform Twitter, the ride-sharing firm Lyft, and the Four Seasons Hotels & Resorts.

Al Waleed, 62, is now apparently struggling to persuade the government to take a stake in his company in exchange for freedom and a chance to remain in control of his firms, according to lawyer Salah Al-Hejailan, who used to work with the prince.

An unnamed source close to the prince has said to the WSJ that al Waleed is determined to fight in the court for his wealth, giving a “hard time” to Mohammed bin Salman, who is also his cousin and one of Saudi Arabia’s most influential figures.

Al Waleed is suspected of money laundering, bribery, and extortion, according to an unnamed government official. However, al-Hejailan noted that there are no official charges against the prince.

© AP Photo / Presidency Press Service/Pool
‘The US Is Great Lover of Strong Men’: Thomas Friedman Fawns Over New Saudi ‘Reformer’ in NYT
The news comes as Senior Prince Miteb, a son of King Abdullah was allegedly freed from detention after admitting to corruption and paying $1 billion. Three other persons are also believed to be released.

There has been a lack of information on the ongoing anti-corruption purge in Saudi Arabia with ubiquitous rumors in the media suggesting that Prince Mohammed bin Salman could use it to tighten his grip on power.