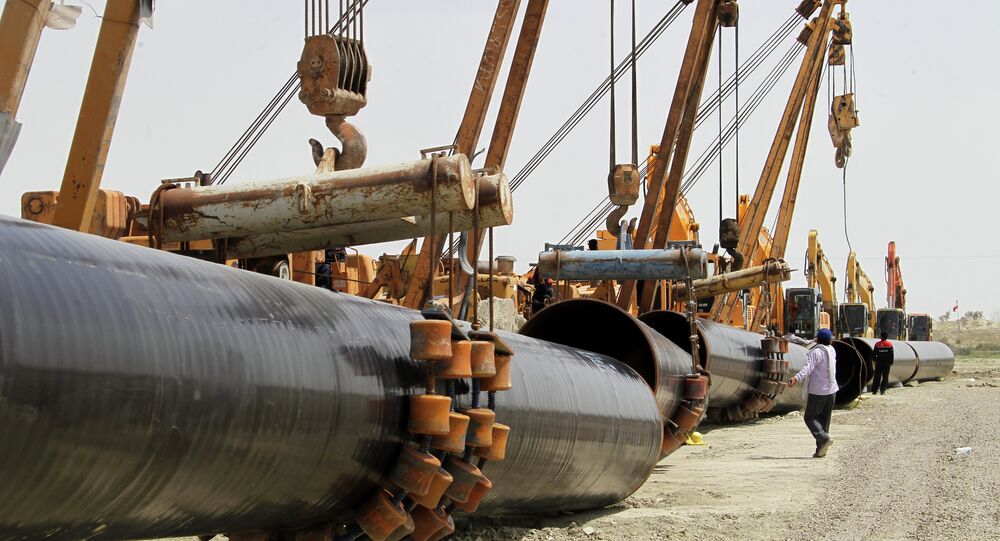 MOSCOW (Sputnik) - Iran is interested in Gazprom’s participation in the construction of the Iran-Oman gas pipeline, Iranian Deputy Petroleum Minister and Managing Director of the National Iranian Oil Company (NIOC) Ali Kardor stated in an interview with the Gazprom magazine, published on Friday.

"[NIOC and Gazprom] are considering a possibility of the joint implementation of a number of absolutely new projects, including Iran LNG, Farzad-A, and Farzad-B, North Pars. Besides, there has been huge interest in the prospects of the joint construction of Iran-Pakistan-India and Iran-Oman gas pipelines," Kardor said.

In November, Gazprom and the NIOC signed a memorandum of understanding, which opened the way to a study into the prospects of cooperation in the development of gas fields in Iran, gas transportation and monetization. Among them was a project to supply gas from Iran to India through Pakistan.

READ MORE: Iran to Improve Ballistic Missile Capacity ‘Whether You Like it or Not’

The Iran-Oman gas pipeline project is expected to connect Iran’s gas reserves with Omani consumers and LNG plants so that Oman could re-export the gas. Following the talks between Iranian and Omani officials back in February, it was reported that Iran would export 28.3 million cubic meters of gas per day to Oman through a direct pipeline, which would bypass the United Arab Emirates.