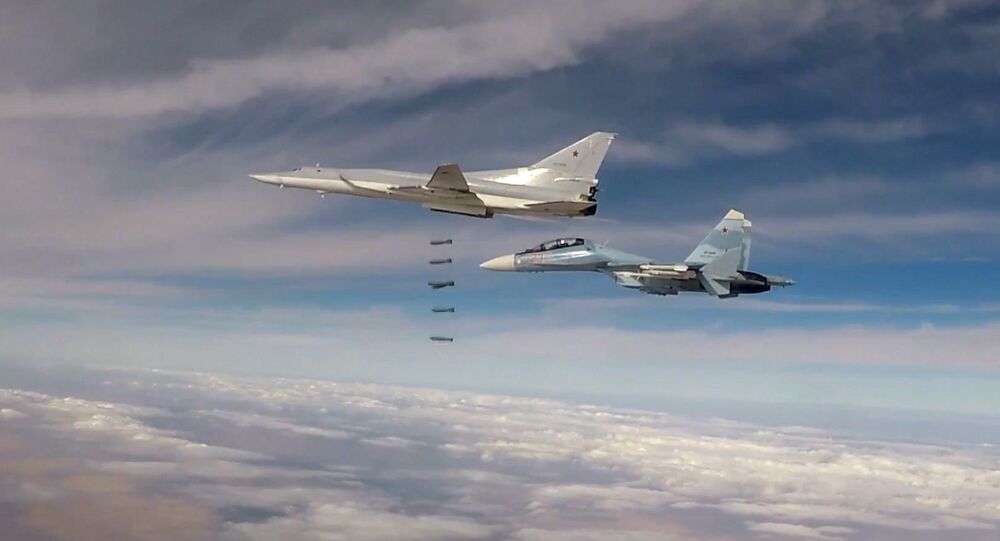 US Special Presidential Envoy for the Global Coalition to Counter the Islamic State Brett McGurk told reporters on Thursday that The United States would maintain the military presence at the At Tanf garrison in southeastern Syria as well as in other areas of the country to ensure that the Daesh terror group does not return to the liberated areas.

WASHINGTON (Sputnik) — Brett McGurk said that while the Daesh will be around for a while, and the coalition has a long way to go to eliminate the terror group, a great deal of progress has been made over the past year.

© Sputnik / Mikhail Voskresensky
'Not a Single Settlement Remains Under Daesh's Control in Syria' – Russian General Staff
Meantime, Brett McGurk also said that the United States is calling on Russia to help with getting aid to a refugee camp near At-Tanf.

"There is an IDP [internally displaced persons] camp right on the Jordanian border [near At Tanf], about 45,000 people are there," McGurk said. "We are pushing particularly through the Russians to come up with a common plan to get aid to that camp. We’ve called on Russians to be cooperative on that effort."

The Al-Rukban refugee camp is located in the Homs province some 11 miles (18 kilometers) south of the At-Tanf settlement and inside the US-controlled zone on the Syrian-Jordanian border. In early November, the Russian Reconciliation Center for Syria accused the United States of establishing a training camp near the al-Rukban refugee camp to forge a new "moderate opposition" out of various militia groups.

Russia has proposed then to the US military stationed in At-Tanf to jointly ensure safety of humanitarian aid deliveries to refugees. The US-led coalition agreed, but claimed that it had not received the confirmation that the Syrian authorities were ready to let convoys pass.

McGurk noted that the engagements with Russia are "tense from time to time," but overall they have helped accelerate the pace of operations.

"The engagement with the Russians, I think, contributed to the demise of ISIS [Daesh]," McGurk said. "We’ve kind of drawn some lines on the map with the Russians about where their forces would be, where we would be. This is a professional military-to-military engagement focused on deconfliction. We are not coordinating operations but making sure we don’t accidents."

© AP Photo / Militant website
Daesh Possession of Anti-Tank Missile Exposes CIA Deliberate Plan to Arm Jihadists
However, Head of the Russian delegation at the Astana talks on Syrian reconciliation Alexander Lavrentyev said Thursday that continuing presence of the United States in Syria is excessive and has no legitimate grounds. The official called all the reasons voiced by the United States for justifying its military presence in Syria, including at At Tanf on the Syrian-Iraqi border, "excuses".

According to Lavrentyev, the United States continues citing humanitarian reasons for justification of their presence in Syria, however these statements are "nothing but words" and there are no legal grounds for the US presence.

In October 2015, the United States and Russia signed a bilateral memorandum of understanding to ensure flight safety during combat missions over Syria.

Syria has been engulfed in a civil war since 2011, with government forces fighting numerous opposition factions and terrorist groups. The international community has taken a number of steps aimed at settling the crisis, including through talks in Geneva and Astana.

The US-led coalition of more than 70 members is conducting military operations against the Daesh in Syria and Iraq. The coalition's strikes in Iraq are conducted in cooperation with Iraqi officials, but those in Syria are not authorized by Assad's government or the UN Security Council.

Russian forces are operating in Syria at the request of the Syrian government of President Bashar Assad.