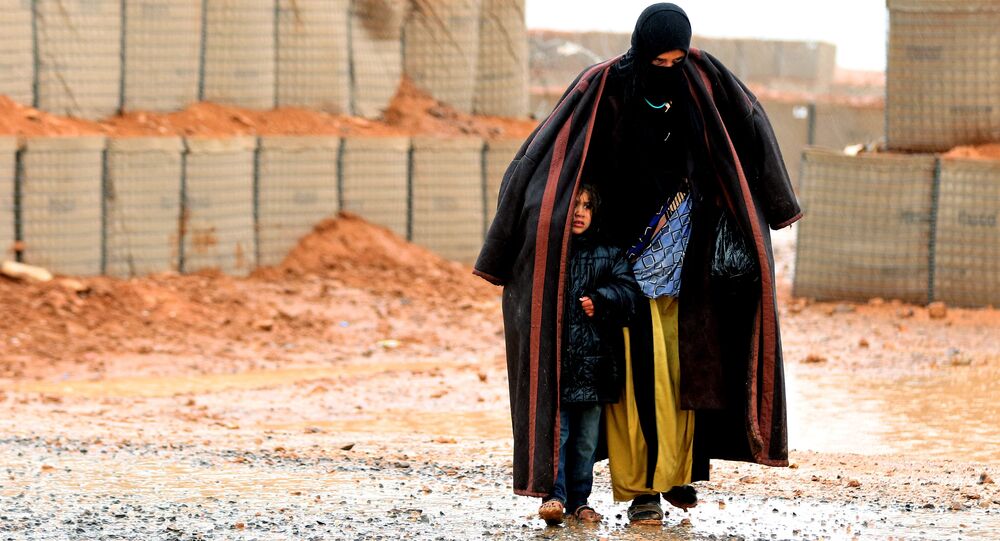 BEIRUT (Sputnik) – Militants of illegal armed groups blocked roads and forbade refugees from leaving the al-Rukban camp, located in the US zone of influence on the Syria-Jordan border, a source familiar with the situation told Sputnik.

"Quwwat Shahid Ahmad Abdu militants installed roadblocks in the al-Tanf region and are not allowing refugees to leave the al-Rukban camp, who are trying to leave the US-controlled 55 –kilometer zone," the source said.

Back in October, the Russian Defense Ministry accused the US of establishing a training camp for militants near al-Rukban to create a new "moderate opposition," slamming Washington's move as "a war crime," since it prevented the Syrian government from setting up a safe corridor for the delivery of humanitarian supplies to refugees.

Last week, the Russian Reconciliation Center for Syria accused the US-led coalition of using another refugee camp in the region, the al-Hasakah, as a base for training militants.

According to the Russian ministry, a new armed group called the "New Syrian Army" is being forged under the supervision of US instructors from the Special Operations Forces. The US instructors allegedly announced that after the end of the training course the groups would be sent to southern Syria to fight against government troops.

In its turn, the US-coalitions denied the accusations dubbing them "absurd."