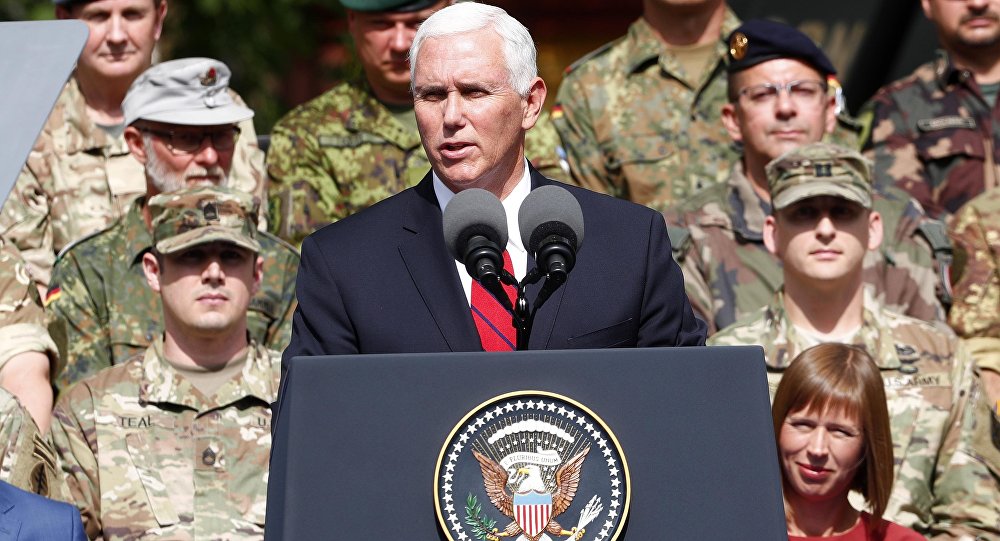 The US administration has denied claims that Pence's visit to the Middle East being delayed is linked to the massive protests in Palestine against Trump's recognition of Jerusalem as the capital of Israel.

The US Vice President Mike Pence's visit to Israel and Egypt has been postponed, with a White House senior official explaining that the move was connected with the forthcoming tax vote in the US Senate, as quoted by PressTV media outlet.

"The tax vote is still in very good shape, but we don't want to take any chances whatsoever," the official said. "We have some senators who obviously can't make it there for the vote and the Vice President feels that it's important for him to be here for the largest tax cut in history."

The official, however, denied allegations that the move might be connected with the massive protests raging in Palestine, triggered by the US recognition of Jerusalem as Israel's capital.

The information has been also confirmed by Pence's press-secretary Alyssa Farah, who stated that the Vice President had postponed the visit til January.

Statement: @VP to delay trip to Egypt & Israel until Jan, will stay to see tax reform thru —> pic.twitter.com/ZGWhGZG7Ij

​The upcoming Trump tax cut vote in the upper chamber of US Congress, requiring Pence's presence in the country, aims to put the money "stuck overseas" back into the country's economy.

Meanwhile, the US has vetoed the Egypt-drafted resolution, which opposes the earlier American move on Jerusalem, with all 14 other UN Security Council members supporting the document, called "an insult" by Washington's Ambassador to the UN Nikky Haley.

The resolution was proposed for UN consideration last week and "affirms that any decisions and actions which purport to have altered, the character, status or demographic composition of the Holy City of Jerusalem have no legal effect, are null and void and must be rescinded in compliance with relevant resolutions of the Security Council." The resolution calls on all countries not to recognize any decisions or actions that contradict UN resolutions and to "refrain from creating diplomatic missions in Jerusalem."

The recent US move on Jerusalem has led to a deepening of the Israeli-Palestinian conflict and multiple clashes between the Palestinians and the Israeli police.