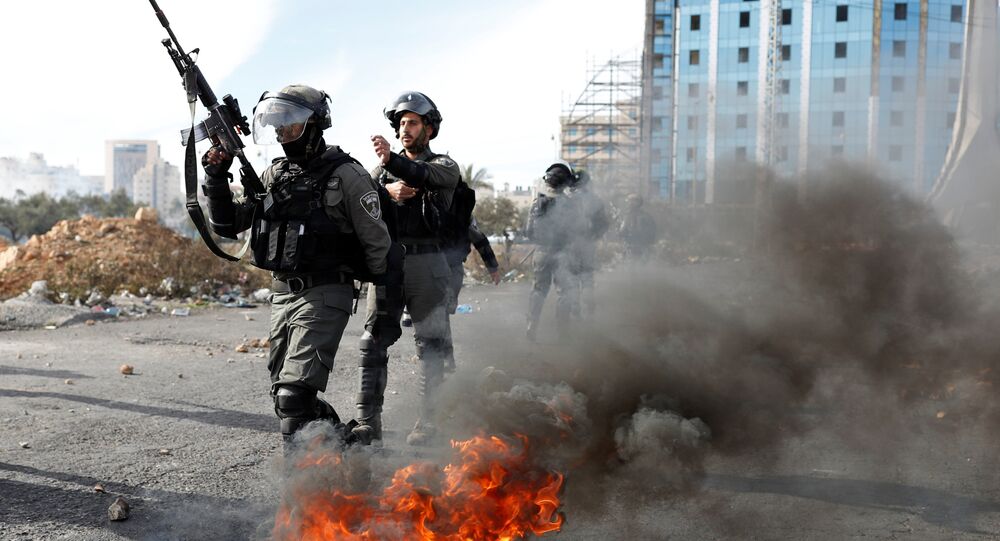 The UN Security Council will on Monday consider a Palestine-drafted resolution over the recent US decision to recognize the city as the Israeli capital.

UNITED NATIONS (Sputnik) — The UN Security Council will discuss the situation around Jerusalem on Monday, including a Palestine-drafted resolution over the recent US decision to recognize the city as the Israeli capital, a diplomatic source told Sputnik.

According to the source, the document drafted by Palestine was submitted to the UNSC by an Egyptian delegation. The draft renounces legal force and validity of any decisions that change the status and demographic composition of Jerusalem. It also urges other states to ignore the actions that violate the relevant resolutions.

The Council will hold a regular meeting on the middle east peace process on Monday with participation of UN Special Coordinator Nikolay Mladenov, however, there is no information whether the vote on the draft will take place.

© AFP 2021 / ADEM ALTAN
Turkish Prime Minister Reiterates Support for Palestine Amid Jerusalem Crisis
On December 6, US President Donald Trump announced a decision to recognize Jerusalem as the capital of Israel and instructed the State Department to start preparations for the transfer of the US Embassy from Tel Aviv to Jerusalem. The move has led to the aggravation of the Israeli-Palestinian conflict and multiple clashes between the Palestinians and the Israeli police.

On December 8, the UN Security Council convened an emergency session to address the US unilateral move sparking global unrest.

Israel and Palestine are locked in a decades-long dispute over borders and sovereignty. Israel seized Jerusalem from Jordan during the Six Day War in 1967 and declared the city its capital. Palestine seeks to establish East Jerusalem as its own independent state's capital.