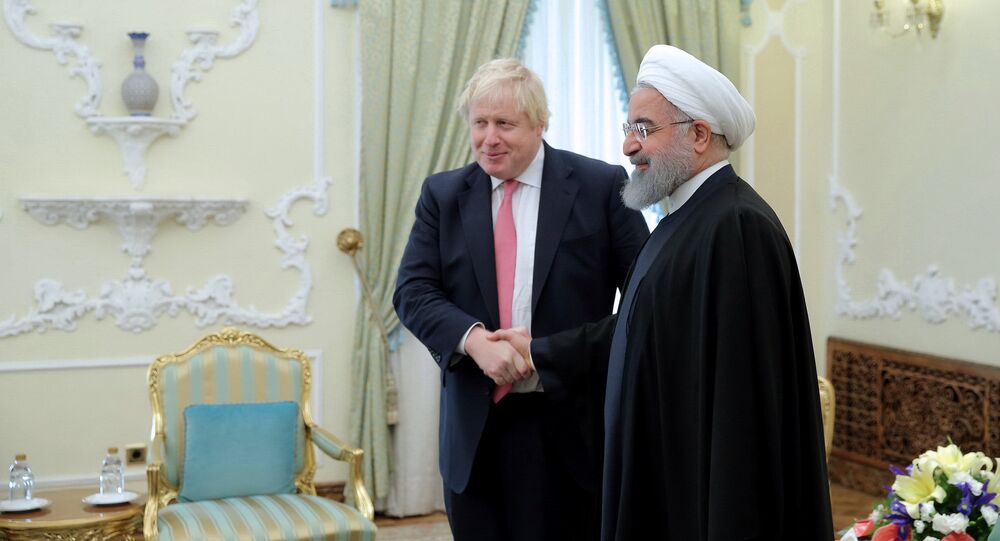 Washington’s ‘incorrect’ decision to recognize Jerusalem as the capital of Israel could exacerbate what is already a very tense situation in the Middle East, Iranian President Hassan Rouhani warned on Sunday, Iranian media reported.

"The regional situation is such that one should not fan the flames and the US president's recent decision to move the country's embassy to al-Quds was an incorrect decision and was [like] pouring gasoline on the flames in the region," Rouhani said when meeting with British Foreign Secretary Boris Johnson in Tehran.

The Iranian leader reiterated Tehran’s desire to establish peace and stability in the region and stamp out terrorism.

© REUTERS
Iran's Rouhani to Depart for Emergency Session on Jerusalem in Turkey - Source
"No one can doubt Iran's positive measures in the region," he said, adding that Iran’s constructive role had “saved [Syria and Iraq] from the threat of terrorism,” Press TV quoted him as saying.

Hassan Rouhani also held out hope that the Anglo-Iranian talks could contribute to regional stability.

Boris Johnson, for his part, acknowledged Iran’s positive role in combating terrorism and promoting peace and stability in the long-troubled region.

Johnson criticized President Trump’s recognition of Jerusalem as the capital of the Jewish state as “inappropriate,” praised the 2015 Iran nuclear deal as a positive accord and expressed London’s desire to partake in investment projects in the Islamic Republic.

The British Foreign Secretary also met with the head of the Atomic Energy Organization of Iran (AEOI), Ali Akbar Salehi, to discuss the gradual removal of banking restrictions after the implementation of all the terms of the nuclear accord.

On Wednesday, Trump recognized Jerusalem as Israel's capital and ordered the US State Department to start the process of moving the US embassy to the ancient city from Tel Aviv.

The decision has sparked outrage in the Arab world and has also been widely criticized in the US and around the world.