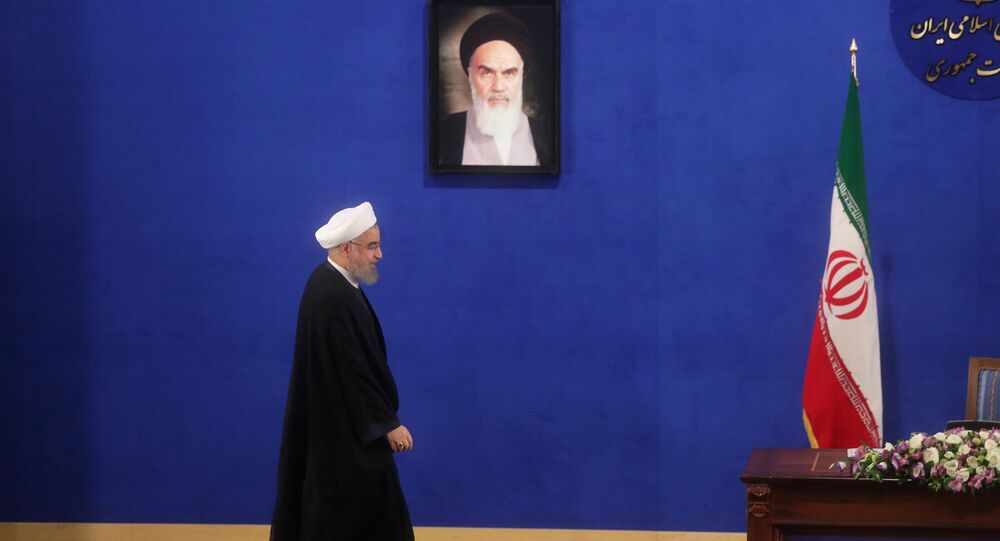 Tehran has slammed the US president's decision on Jerusalem as a violation of the UN resolutions.

TEHRAN (Sputnik) — Iranian President Hassan Rouhani will leave for Turkey to participate in an emergency session of the Organization of Islamic Cooperation (OIC) on Jerusalem, a source from the president's administration told Sputnik.

Turkish President Recep Tayyip Erdogan as the current chairman of the Organization of Islamic Cooperation has announced that the leaders of the OIC members would adopt a road map on the US decision to recognize Jerusalem as the capital of Israel and move its embassy there from Tel Aviv. He has also vowed to urge the OIC to cut ties with Israel.

Previously, the Iranian Foreign Ministry condemned US President Donald Trump's decision that has been widely criticized by the international community, saying that it violated the UN resolutions.