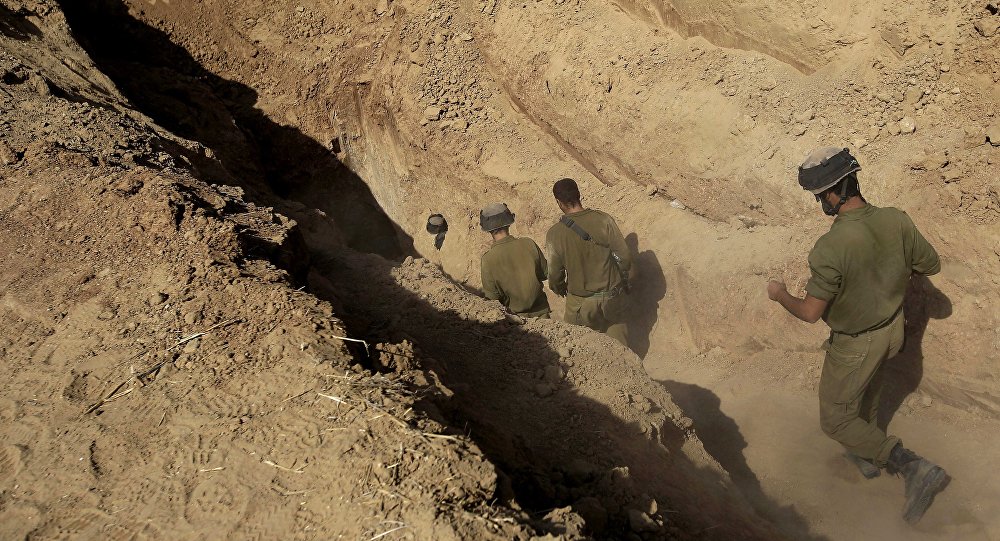 The Israeli defense forces have demolished two tunnels leading to the country from Gaza Strip within the last 1.5 months.

"The Israeli Defense Forces have discovered and destroyed another terrorist tunnel today, coming from the area of Khan Yunis in the central part of the Gaza Strip a few hundred meters into Israeli territory," Israel's Army spokesperson Jonathan Conricus told reporters.

The spokesman specified the opeartion wasn't believed to have caused casualties, unlike the previous case on October 30, when 12 militants from the two largest armed groups died, adding that the armed forces will continue similar operations.

"This is the second terrorist tunnel found and destroyed by the [IDF] army within the last month and a half," he added.

Today, the IDF discovered, exposed, and demolished a Hamas terror tunnel for the second time in the last month and a half pic.twitter.com/hzRfEJztFC

According to the information from the military, the tunnel was built by the militants from the Hamas Islamic movement leading in Gaza Strip and was discovered with the help of a new technology that is now available to the Israelis. Conricus has assumed that the tunnel was very significant for the group, judging by the quality of its construction.

The army official has called the construction of the tunnel an infringement upon Israeli sovereignty, for which Hamas "carries a double responsibility".

According to him, the operation was not linked to the recent clashes and protests over last week's declaration by Trump of Jerusalem as Israel's capital.

The operation combined airstrikes targeting Hamas infrastructure in the Gaza Strip by the IDF on Saturday and Friday, which were carried out after the Islamist movement had called for an "intifada" against Israel.

The escalated tensions connected with US President Donald Trump's announcement on December 6, recognizing Jerusalem as the capital of the Israeli state, triggering massive clashes between Israeli forces and Palestinians protesting Washington's decision across the West Bank, Jerusalem and Gaza.

Two Palestinians were reported killed with some 1,000 injured during the "day of rage" protests on Friday, while the demonstrations continued in eastern Jerusalem and Bethlehem on Saturday.