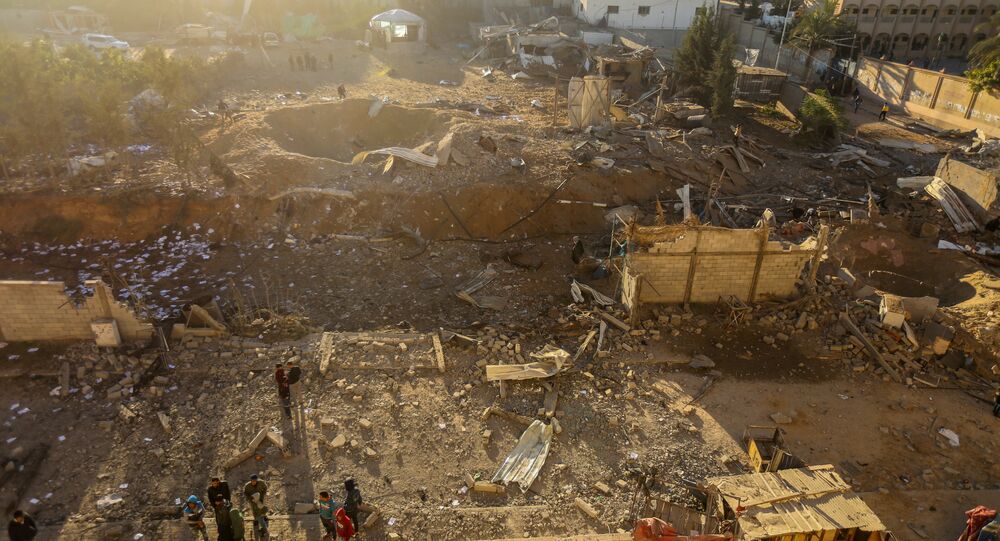 The statement comes after the Israeli air force struck four locations in the Gaza Strip, a Palestinian territory controlled by Hamas on Friday.

"Ambulance brigades took the bodies of two fighters out from under the ruins of the Badr military installation south of Gaza, which was attacked by Israeli bombers at dawn," the representative said.

Following the statement, the Israeli military said that the country's air force launched a fresh airstrike in the Gaza Strip on Saturday, targeting four Hamas facilities, including two arms manufacturing sites, a weapons warehouse and a military compound.

According to the latest data provided by the Palestinian Health Ministry, at least 25 people have been injured as a result of the airstrike. At the same time, The Jerusalem Post newspaper reported Friday that six children were among the injured.

At least two Palestinians were slain, with some 1,100 more injured on Friday during the so-called "day of rage" protests in Jerusalem, the West Bank. Skirmishes between the Israelis and Palestinians escalated after Israeli Air Force warplanes had targeted militants in response to rocket attacks, claimed by the al-Nasser Salah al-Deen Brigades, a Palestinian militant organization.

The protests came in the wake of a highly controversial announcement by US President Donald Trump to recognize Jerusalem as the capital of the state of Israel.