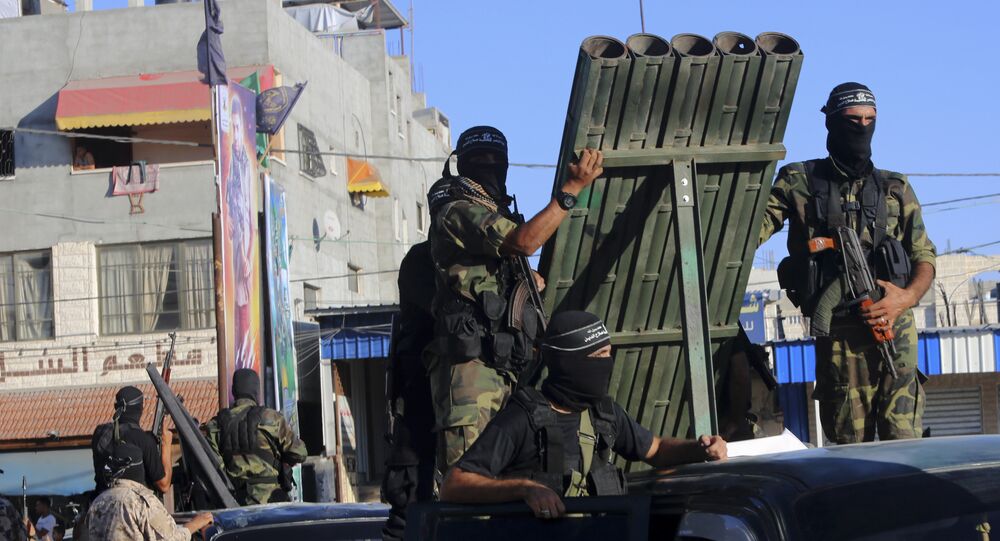 A Palestinian rocket exploded on Friday within the city of Sderot in southern Israel, the Israeli military said

TEL AVIV (Sputnik) — No reports of casualties as a result of at least the third rocket attack of the day by Palestinian militants from the neighboring Gaza Strip have been received so far.

#Hamas calls for a new ‘intifada’, launches Missiles on #Israel, one intercepted by the #IronDome system, the second blow up in #Gaza and the Third Explodes in #Sderot. Israeli jets strikes Hamas targets in Gaza in retaliation reportedly wounding 10 https://t.co/3LElYA1KBd pic.twitter.com/u4TfbS3fLO

"The rocket fell in the city of Sderot," the Israeli army press service said.

So much for "Independent" unbiased reporting! Clip of #Gaza rocket that landed in southern #Israel earlier tonight. pic.twitter.com/DUKQ90aDfy

​A video footage that appeared in social networks, shows that the rocket fell on a street and damaged one of the parked cars.