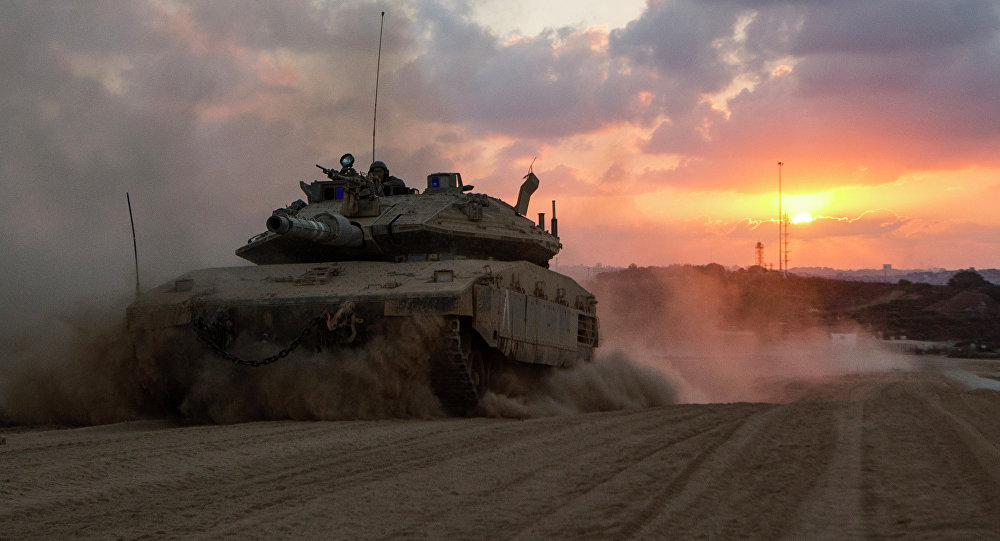 As Trump's recognition of Jerusalem as Israel's capital sends ripples of resentment throughout the Middle East, the Israeli military launched strikes against several targets in the Gaza Strip.

Israel's armed forces have deployed a tank and an aircraft against two military posts in the Gaza Strip, allegedly in retaliation for earlier rocket attacks originating from the area.

"In response to… projectiles fired at Israel throughout the day… an IDF tank and an IAF aircraft targeted two military posts in the Gaza Strip. The IDF holds Hamas responsible for the hostile activity perpetrated against Israel from the Gaza Strip," a statement issued by IDF and cited by Press TV said.

According to Reuters, the responsibility for the launches was claimed by Al-Tawheed Brigades – a jihadist group based in Gaza which does not heed Hamas’ call to abstain from rocket attacks.

A wave of mass Palestinian protests erupted across settlements on the West Bank after US President Donald Trump publicly recognized Jerusalem as the capital of Israel, resulting in over 100 Palestinians being injured during subsequent clashes with Israeli security forces.