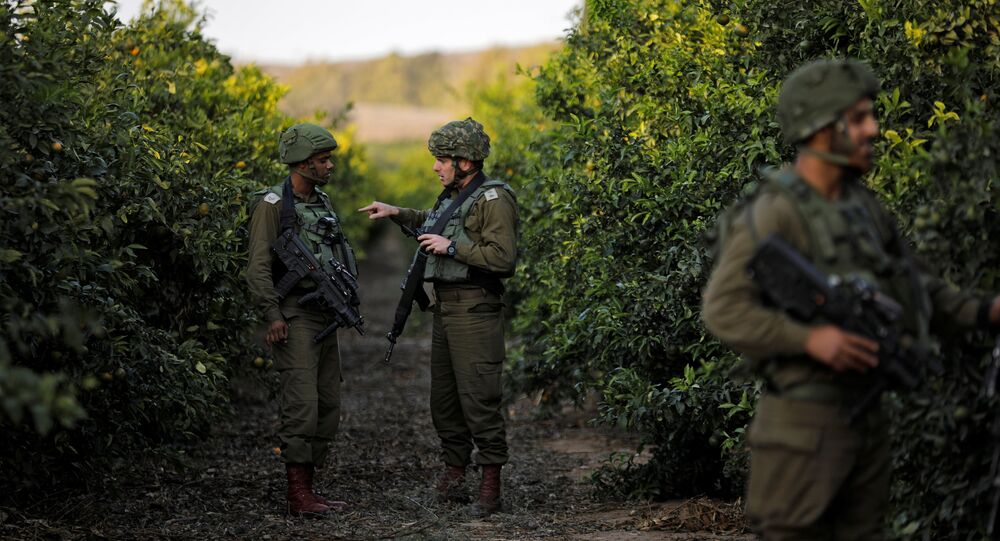 An Israeli siren smartphone app warned that missiles were fired at Israel near the Gaza Strip, an incident that comes amid mounting tensions over Trump's decision to officially recognize Jerusalem as capital of Israel.

Two rockets, which were launched on Thursday from the Gaza Strip in the direction of Israel fell short in the Palestinian territory, the Israeli military said.

"We are aware of the launches of two rockets that fell in the Palestinian territories," an army spokesman told Sputnik.

The launches triggered air attack alarm systems in the south of the Jewish state.

Following the sirens that were sounded in Hof Ashkelon & Sha'ar HaNegev regional councils in southern Israel earlier this evening, 2 launches from Gaza towards Israel landed within the Gaza Strip

No militant group in the region has yet claimed responsibility for the missile launches.

© AFP 2021 / AHMAD GHARABLI
Israeli Minister Calls on Russia to Follow US in Moving Embassy to Jerusalem
The incident occurred against the background of mass Palestinian protests in all settlements of the West Bank of the Jordan River in response to the US move to designate Jerusalem as the Israeli capital. Local services told Sputnik that around 50 Palestinians were injured in clashes with Israeli security forces.

In the wake of Trump's announcement world leaders warned of the deterioration of the situation in the region as the Palestinian Hamas movement ruled out the possibility of recognizing Jerusalem as Israel's capital and urged to launch another Arab intifada – an uprising against Israel.

Israel, for the most part, holds the Hamas movement responsible for missile launches originating from the territory of the Gaza Strip and frequently fights back with retaliatory airstrikes.