Right after infuriating the Muslim world by announcing that he’d move the US Embassy in Israel to Jerusalem, US President Trump called for Saudi Arabia to lift its blockade on Yemen and allow food and other supplies into the famine-stricken country.

"I have directed officials in my administration to call the leadership of the Kingdom of Saudi Arabia to request that they completely allow food, fuel, water and medicine to reach the Yemeni people, who desperately need it," Trump said in a brief statement Wednesday.

"This must be done for humanitarian reasons immediately," he added. 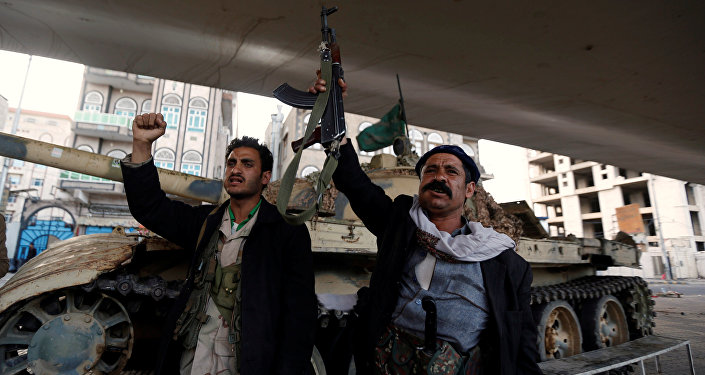 © REUTERS / Khaled Abdullah
What the Future Has in Store for Yemen After Ex-President Saleh's Assassination
A blocked on Yemen was imposed by Saudi Arabia last month after Houthi rebels fired a missile at the Saudi capital of Riyadh. Following the attack, Saudi Crown Prince Mohammed bin Salman said that while pro-Saudi government already controls 85 percent of the country, "anything less than 100 percent is… problematic," according to a New York Times essay on the crown prince.

However, facing increasing international pressure as hunger in Yemen grows more widespread, the Saudis did lift the blockade partially, the Hill reports. Saudi Arabia continues to obstruct the transportation of food, fuel and medicine the war-torn country so desperately needs, however.

Yemen faces the worst outbreak of cholera in recent history, with nearly 1 million people contracting the disease, Bloomberg reports. Three million people out of a population of 28 million, are internally displaced, according to UN figures.

Trump's call to end the blockade contrasts his public praise of bin Salman, who has led the Yemeni campaign, for his "efforts to clamp down on terrorism and corruption" in his own country, Bloomberg notes. Bin Salman is behind the anti-corruption sweep that has arrested more than 200 people in Saudi Arabia and exposed corruption to the tune of more than $100 billion. Critics argue that the anti-corruption movement is actually a power grab.

Yemen has been in the grip of a civil war since 2015. The internationally recognized government of President Abd Rabbuh Mansur Hadi, supported by the Saudi-led coalition, is fighting the Houthi movement backed by army units loyal to former President Ali Abdullah Saleh, who was killed in fighting this week.