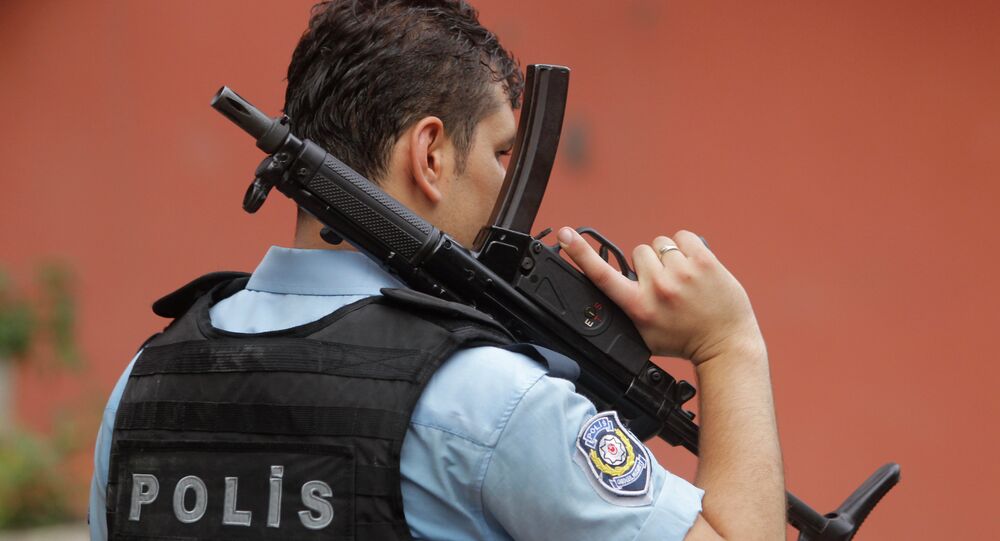 US President Donald Trump’s decision to move the US embassy to Jerusalem has sparked protests in Gaza and Istanbul. Turkish groups say this is only the beginning.

Trump managed to unite the entire Muslim world after he announced the US's decision to acknowledge Israel's claim that Jerusalem is its capital city and move the US embassy there. The leaders of the Muslim world reacted with fierce criticism and warnings that the decision would wreck the fragile peace in the region, as the Palestinian leadership has long claimed that East Jerusalem must be the capital of a Palestinian state.

Various social organizations in Egypt and Turkey have organized mass protests against the decision. Talking to Sputnik Turkey on Wednesday before the announcement, Ali Uğur Bulut, leader of Istanbul division of the Anatolian Youth Association (AGD), said they would organize mass protests near the US consulate in Istanbul.

According to a report by the UK Mirror, hundreds of Turkish people both in Istanbul and near the US embassy in Ankara have already gathered to protest.

Thousands of protesters rallying outside of US diplomatic mission in Istanbul in response to @realDonaldTrump Jerusalem announcement. If a single person dies we know who's to blame! pic.twitter.com/zq6eS6L5OE

According to Bulut, this is only the beginning, as the movement leaders seek to conduct protests in all 81 provinces of Turkey.

"We intend to conduct actions of protest across all of Turkey, first in Istanbul and Ankara. Many other provinces will also have protests and demonstrations. We intend to put a unified front against this injustice, showing solidarity with the whole Muslim community and humanity in general," Bulut told Sputnik.

A protest against Trump's announcement of recognition of #Jerusalem as "Israel's" capital in front of Fatih Mosque in #Istanbul!#HAndsOffAlQuds#Palestine pic.twitter.com/fD6xPf44Jp

"We believe that powers that make these kinds of decisions, when met with an uprising of the people, will be forced to review their actions," he added.

Trump is not the first US president to raise the issue of moving the embassy.

"This question was raised by previous US administrations, too. In fact, a politician that does not serve the interests of Israel cannot take the presidential office in the U.S. The only different thing about Trump is his characteristic impulsiveness, which influences the harshness of his rhetoric and poor consideration of the decisions he makes," Bulut said.

Earlier on Wednesday, Turkish President Recep Tayyip Erdogan called an emergency meeting of the Organization of Islamic Cooperation (OIC) to convene in Istanbul on December 13th to discuss the development, according to presidential spokesperson Ibrahim Kalin.