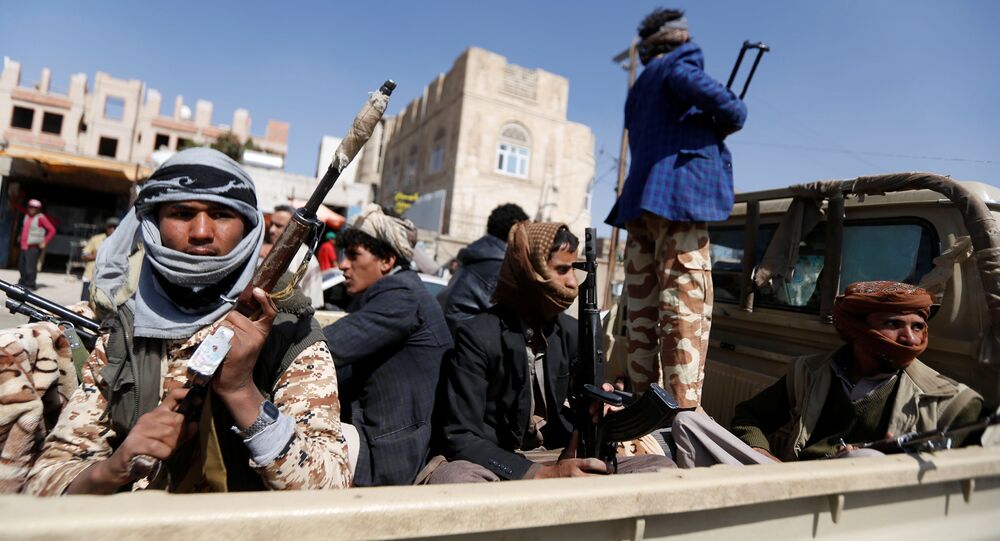 "He [a Sputnik correspondent] is held hostage with other journalists inside the TV station. The total number of hostages is 41 people," one of the sources said.

The second source, close to Houthis, confirmed the information and presented the list of 41 journalists, who had been inside the building during its siege, in Arabic. However, he refused to answer the question whether Houthis or somebody else had complied the list.

On Monday, a freelance correspondent working for Sputnik in Yemen went missing and has not made contact in 24 hours after Houthi rebels took over a TV station's headquarters in Sanaa. The correspondent last got in touch at around 11:30 GMT on Sunday, the same day when the hostages went on a hunger strike.

The TV station where the Sputnik freelance correspondent went missing is the Yemen Today channel, known for being linked to the General People's Congress of the country's former President Ali Abdullah Saleh, who on Saturday called on Yemeni citizens to protect the country from his recent allies, the Houthi movement.

Since Wednesday, former allies, namely the Houthis and troops loyal to Saleh, have been engaged in clashes in Sanaa. Dozens have been killed in the hostilities. On Monday, Saleh reaffirmed the end of alliance between him and the Houthis, accusing them of acting against the Yemenis for the sake of their own interests and an Iran-dictated vision of country's future.

These recent events come amid years of violent conflict in the country between the government headed by President Abd Rabbuh Mansur Hadi and the Houthi movement. Since March 2015, the Saudi-led coalition of mostly Persian Gulf countries has been carrying out airstrikes against the Houthis at Hadi's request.