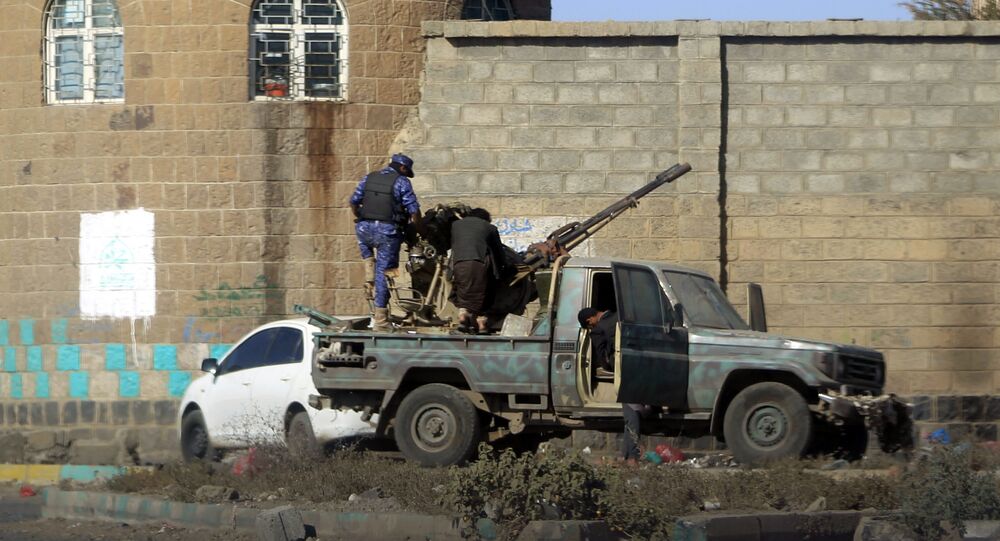 Sputnik's press service has issued a statement saying, "We are doing everything possible to determine the fate of and find our freelance correspondent in Yemen who went missing after the [Houthi] rebels took over the TV center building in Sana’a where he was at the time with other journalists."

Sunday's takeover of the Yemen Today channel's station, that is known for being linked to the General People's Congress of the country's former President Ali Abdullah Saleh, occurred amid clashes between former allies — the Houthis and supporters of former Yemeni President Ali Abdullah Saleh, which have been underway since Thursday after Saleh's General People's Congress (GPC) party said that the rebels attempted to carry out a coup and forbade loyal servicemen to obey their orders.

Two days after the clashes erupted, Saleh announced that he was ready to turn "a new page" in relations with the Saudi-led coalition, which had been fighting the Houthi movement since 2015 at the request of President Hadi, in a move called "deceitful" by the Shiite movement.

The clashes have resulted in the Houthis gaining full control over the city, announcing the "end of crisis" after the shocking killing of the rebels' former ally, ex-President Ali Abdullah Saleh. A spokesman for the Yemeni Army told Sputnik that the Houthis had been tracking Saleh since Saturday and had killed him in a shooting.