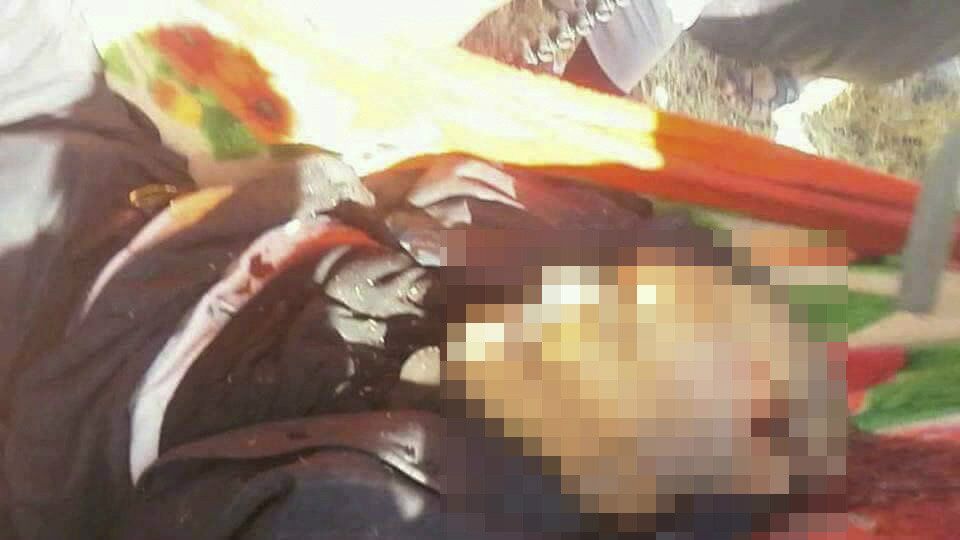 Photos and video appeared shortly after reports from a Houthi commander to Sputnik Arabic about the killing of former Yemeni President Ali Abdullah Saleh on Monday.

The video shows a man's body resembling Saleh. However the authenticity of the footage and the identity of the man are yet to be confirmed by the authorities.

According to Sky News Arabia, citing military sources, Saleh was shot dead in his head by the rebels in a settlement near Sanaa, while attempting to flee from the capital to the country's Marib province.

Saleh's son has reportedly been injured and captured by the Houthis, while Yasir Awadi, the deputy chair of Saleh's party dubbed General People's Congress, was killed like the former president.

Abdul-Malik Badreddin Houthi, the leader of Yemen's Houthi rebels has hailed the day of former President Ali Abdullah Saleh's death as "extraordinary and historic," saying as quoted by a rebel-controlled TV channel, "I congratulate all the sons of our dear nation… The plot has been completely defeated."

Earlier in the day, the Houthis blew up the house of the former President in Sanaa.

The attack took place following a six-day fight in Yemen's capital between the Houthi rebels and the forces supporting ex-President Saleh.

While delivering a speech on Saturday, Saleh announced that he was ready to turn a "new page" in relations with the Saudi-led coalition:

"I call upon the brothers in neighboring states and the alliance to stop their aggression, lift the siege, open the airports and allow food aid and the saving of the wounded and we will turn a new page by virtue of our neighborliness," said in a televised address as quoted by RT.

Saleh's statement was dubbed "deception" by the Houthis, who were in alliance with the former President.

Ali Abdullah Saleh was sworn in as Yemen's President in 1990 following the merger of North and South Yemen. In wake of the "Arab Spring" Saleh was ousted, and succeded by Abdrabbuh Mansur Hadi. Throughout the Yemeni Civil War he had allied with the Houthi rebels, who had been fighting against the Saudi-backed forces of  Hadi ousted in 2015.

The Yemen Civil War began in 2015 between the Shiite Houthi rebels and the forces loyal to the government of Hadi. Later the Saudi-led coalition launched a military campaign against the Houthis in order to bring Hadi back to power, and had been carrying out massive indiscriminate airstrikes in Yemen since then. The coalition has repeatedly been accused of committing war crimes.