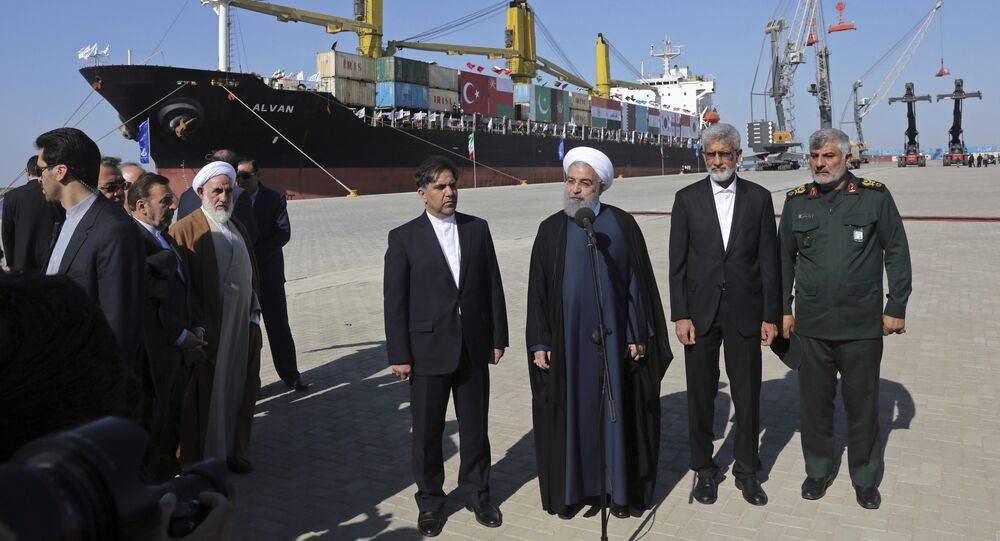 Iran's Chabahar Port has a strategic importance in the region, as it facilitates the delivery of goods to European and Central Asian states.

The extension, which includes five new ports, more than triples the capacity of the strategic port, bringing it to 8.5 million tons of cargo annually, from the previous 2.5 million.

The $340 million project was constructed by a Revolutionary Guard-affiliated company, Khatam al-Anbia, involving several subcontractors, including a state-run Indian company.

"We should go after positive competition," Rouhani said at his inauguration speech, adding that the port will bring "more engagement and unity."

According to Rouhani, Iran is planning to link the port with the country's railroad system to facilitate the transit of goods to Europe through Russia and to landlocked Asian countries.

"Through this port, goods will be delivered to neighboring countries at cheaper prices and in a shorter time," President Hassan Rouhani added.

Despite the top official's words, the port, which is Iran's closest link to the Indian Ocean, poses a challenge to the neighboring Gwadar Port, which is under construction in Pakistan.

Thus, India regards the port as a strategic response to China's development of the Gwadar Port, and its pursuit of the Belt and Road Initiative. It is also a gateway to accessing the Central Asian markets for Indian goods.