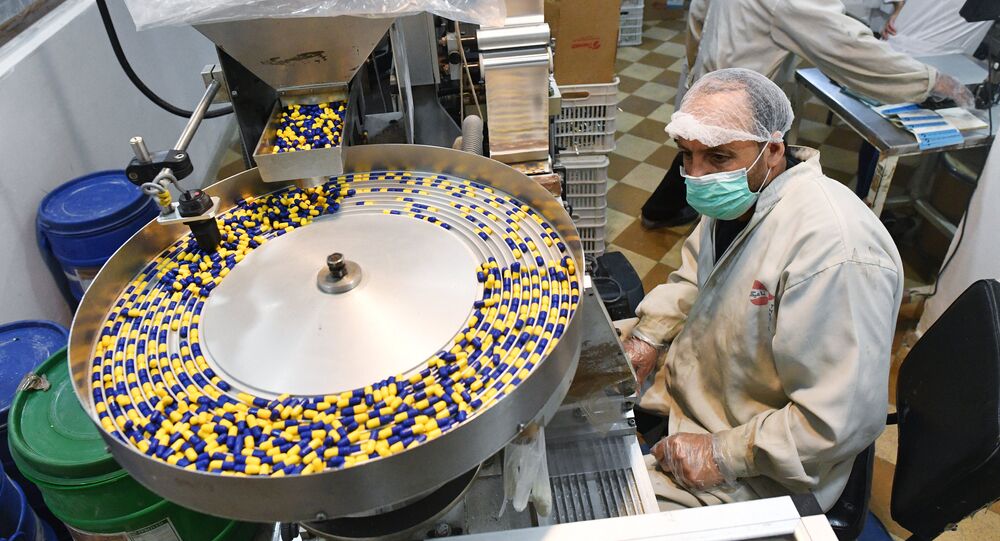 The long civil war in Syria has put a question mark over the survival rates of cancer patients in the country, with cancer detection centers only left in major cities.

Lack of cancer detection centers throughout Syria has become a pressing problem for the war-torn country, with many cancer-stricken Syrians unable to reach those that are still operating due to difficult travel conditions, poor security, or a simple inability to afford the high cost of treatment.

But the challenges don't end there. There is no guarantee that those who find their way to still-standing hospitals will be able to undergo the necessary treatment.

© AP Photo / Khalid Mohammed
US May Keep Bases in Syria Despite Ending Support for Rebels
Syrian oncologist Hussein from the Al Biruni oncological center in Damascus told Sputnik that there are not enough medications for the vast numbers of sick Syrians flowing into the capital. Sometimes there is just not enough electricity to carry out radiation therapy on a regular basis.

The majority of patients are forced to purchase medications on their own dime. Damascus, Aleppo and Latakia each have only one pharmacy selling anti-cancer drugs. Plus the medications are very expensive and those who cannot afford them have no other choice but wait for help from the government or turn to conventional medicine that doctors believe is useless when dealing with cancer.

The situation is even worse for Syrians living in territories controlled by opposition forces, who are forced to seek medical attention overseas.

Syrian drugstore owner and pharmaceutical warehouse director Ahmed al Haji told Sputnik that Syria doesn't produce its own anti-cancer medications. He said that "due to the imposed sanctions many countries that used to cooperate cannot sell [medications] to Syria anymore," with suppliers now limited to those that remain on friendly terms with the Middle Eastern state.

"At the moment, many suppliers experience these travails," he said.

According to Syrian oncologists, medical examinations aimed at the early diagnosis of oncological diseases have become more crucial than ever.

Syrian doctors expect the rate of oncological disease cases in the country to grow, one of the key factors being severe contamination of the environment caused by war. Syria will have to deal with the poisoning of nature created by propellants, chemicals, mineral and organic toxins for a long time.

Syria has been engulfed in a civil war for over six years with government troops fighting against numerous opposition factions as well as terrorist groups since 2011. The war has caused severe damage to the country's economy and infrastructure.