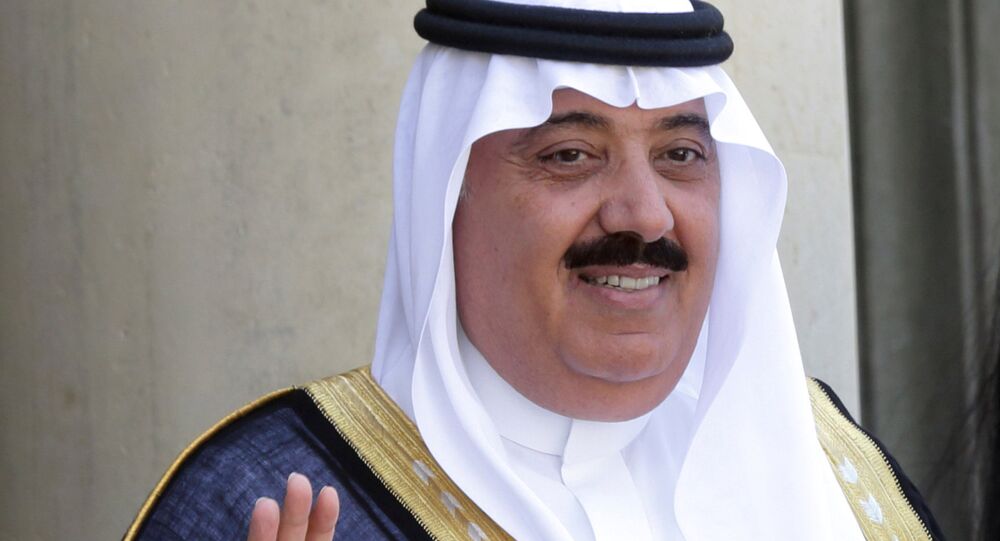 Saudi Arabia Releases Senior Prince, Once Contender to the Throne, for $1 Bln

65-year-old Saudi Prince Miteb bin Abdullah, who has been held along with other Saudi princes, ministers and officials in a five-star Ritz-Carlton hotel in Riyadh amid an ongoing anti-corruption campaign, has been allowed to leave as part of the "acceptable settlement agreement" with the country's authorities.

Senior Prince Miteb bin Abdullah has reportedly agreed to pay more than $1 billion and admit to corruption "involving known cases" in exchange for the freedom to leave the luxurious hotel in Riyadh, where he was kept along with other individuals detained on corruption charges, a Saudi official said on Wednesday.

The 65-year-old son of the late King Abdullah and former head of the elite National Guard, who has been once deemed as a contender to the throne,  was among dozens of royal family members who have been accused by the Saudi authorities of money laundering, bribery and the misappropriation of public funds for self-enrichment.

In #SaudiArabia Prince Miteb Bin Abdullah had help from paymaster foreigners link to the #CIA for his release, that billion dollar did not really came out of his wallet, but perhaps a loan deal with "them"

​It was not immediately known whether the Prince was released or transferred to some other form of house arrest.

The anti-corruption campaign was led by Crown Prince Mohammed bin Salman and was widely seen as an effort to strengthen his power. However, the kingdom's authorities have not disclosed any details on the charges against any of the detainees or about any settlement talks with them.

Three other people are also believed to be set free.