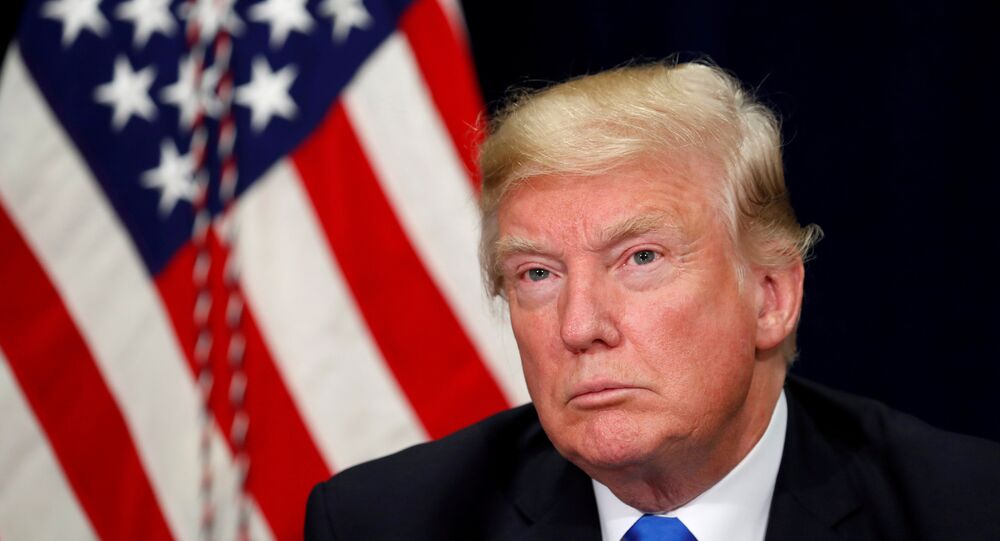 WASHINGTON (Sputnik) — On Monday, the White House said the United States is now in a position to stop providing military support to opposition groups in Syria given the Islamic State terrorist group (Daesh) has been crushed.

"The military and the intelligence community — are used to calling the shots the way they want," Jatras said on Tuesday when asked about the possibility Trump might cut off defense provisions to the Syrian opposition.

© AFP 2021 / Nazeer al-Khatib
US Cuts Aid to Free Syrian Army Due to Disappointment Over Syrian Army Gains?
However, Jatras cautioned that Trump had surrounded himself with hawks like Secretary of Defense James Mattis, White House Chief of Staff John Kelly and National Security Adviser H. R. McMaster all of whom were committed to fighting the ongoing wars in Syria, Iraq and Afghanistan.

"It doesn’t help that Trump has appointed virtually nobody to the top of his team who seems to agree with him on basic security strategy," he said.

Trump had made clear he wanted to end US support for Islamist extremist groups fighting to topple the legitimate government of Syria and had been trying to implement that policy, Jatras acknowledged.

Recently Trump had informed Turkey’s President Recep Tayyip Erdogan that the United States would no longer support the Kurds since Daesh as a physical caliphate was almost destroyed, Jatras recalled.

"That was immediately disputed from the military," he said.

The US armed forces and intelligence community were also determined to retain the massive physical infrastructure they had built up within Syria under the guise of supporting the rebel groups and a fighting Daesh, Jatras noted.

"The US has a dozen-odd bases illegally on Kurdish-controlled Syrian territory. Defense Secretary Mattis says we are not leaving. Trump is under pressure from the Saudis and Israelis to break the Iran-Iraq-Syria-Hezbollah ‘land bridge.’ It’s anybody’s guess who’s running US policy on this," he said.

© Sputnik / Anton Denisov
Shift in US Aid to Africa Signals Emphasis on Politics
However, trump still appeared determined to career through his election pledge and pull US forces out of Syria once Daesh had been destroyed, Jatras recalled.

"Trump seems to know where he wants to go: destroy IS, work with Russia — and now, Turkey — to wind down the war and declare victory over terrorism," he said.

Jatras said the United States can accept that the Syrian government along with Russia and Iran have won and seek to influence the end game or stay embedded in Syria, arm various groups to "keep the pot boiling" even though it will not change the overall outcome.