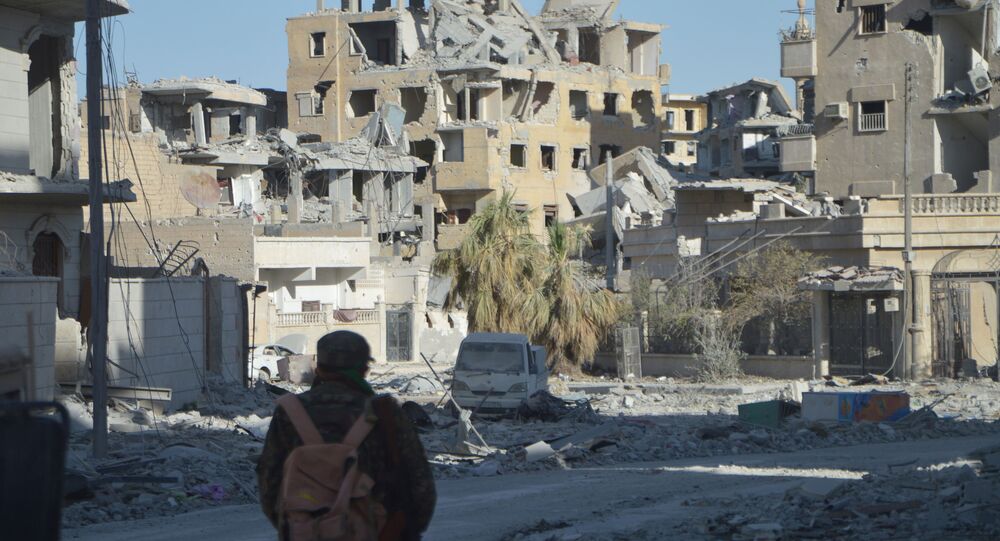 On Tuesday, several media outlets released a document that allegedly included provisions about a month-long truce between the Daesh terrorist group and the Kurdish-dominated SDF.

MOSCOW (Sputnik) — Syrian Democratic Forces (SDF) said in a Tuesday statement obtained by Sputnik that it denies the existence of ceasefire agreements with Daesh militants, labeling the reports ridiculous, adding that SDF units will continue its struggle against terrorism.

"Several forces that have suffered from the defeat of terrorism are trying to worsen the reputation of our forces or to distort [the impact of] our victories by spreading false statements at every turn in order to insult us or to boost the morale of the terrorists on the brink of defeat… The document spread by media that it is allegedly a ceasefire… can be classified only as ludicrous," the statement said.

The rebuttal comes after the BBC broadcaster reported earlier in November that the SDF, supported by the US-led international coalition, ensured the withdrawal of about 250 Daesh militants from the city of Raqqa.

Did our #US-backed forces #SDF #YPG made a secret deal with #ISIS allowing them to leave Raqqa safe? @sommervilletv shows “the secret deal” that freed thousands of #ISIS fighters & their families from #Raqqa via @BBCWorld https://t.co/X2ZzjHCNUy pic.twitter.com/QkiGqXOlmy

© Sputnik / Hikmet Durgun
Caliphate of Ghosts: Liberation of Raqqa 'Theatrical Production' of US-Led Coalition Forces
Syria's Permanent Mission to the United Nations said that it had sent letters to the UN secretary-general and to the chairman of the UN Security Council saying that the US-led coalition had ensured withdrawal of Daesh terrorists from Raqqa and Deir ez-Zor.

The Syrian city of Raqqa that Daesh militants had called their self-proclaimed capital was liberated by the US-backed Syrian Democratic Forces. However, Damascus still considers Raqqa occupied until it comes under the control of the Syrian government army, amid reports that some unknown forces are operating in the city now.