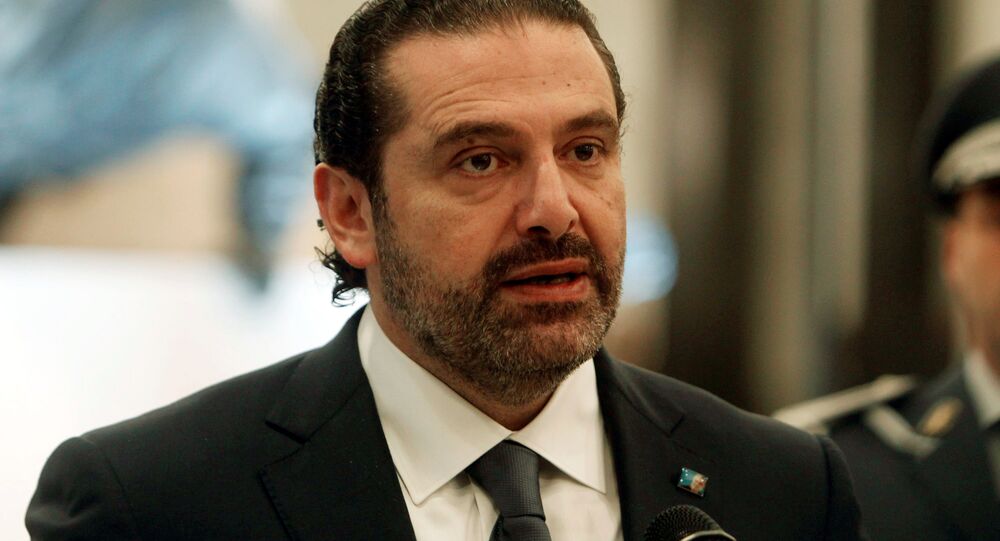 A political standoff in Lebanon continues to intensify, with the country's Prime Minister yet to decide whether he will finally resign or not.

Lebanese Prime Minister Saad Hariri has made it plain that he will step down if the Shia Islamist movement Hezbollah refrains from paramilitary activity.

Hariri pledged to remain Prime Minister in case Hezbollah "accepted to stick by the state policy of staying out of regional conflicts," according to the French news network CNews.

"They know we have to remain neutral in the region. I don't want a political party in my government that interferes in Arab countries against other Arab countries," CNews quoted him as saying.

The remarks came after Hariri returned to Lebanon following his visit to France last week.

At the time, he announced his decision to "postpone" his previous self-proclaimed resignation, pending talks with the rest of the Lebanese government after President Michel Aoun said he would not consider Hariri's resignation until after a personal meeting.

Hariri announced his resignation in a video address from Saudi Arabia on November 4, in which he accused Iran and the Hezbollah movement of attempting to destabilize Lebanon and the Middle East, something that was rejected by Tehran.

He said back at the time that he would not tolerate Hezbollah's positions that "affect our Arab brothers or targets the security and stability of their countries," according to his press office statement.

READ MORE: It's Not About Hariri: How Lebanon is Falling Prey to Regional Conflicts

Due to Lebanon's religious diversity, the country's government includes the representatives of the three main religious groups — Sunni, Shiite and Maronite Christian. As for Hezbollah, it remains the most powerful wing of Lebanon's executive branch.

Since 2012 Hezbollah fighters have fought on the side of the government's armed forces in the Syrian civil war. The movement is classified as a terrorist organization in the US, Israel, the European Union and the Saudi-led Gulf Cooperation Council.