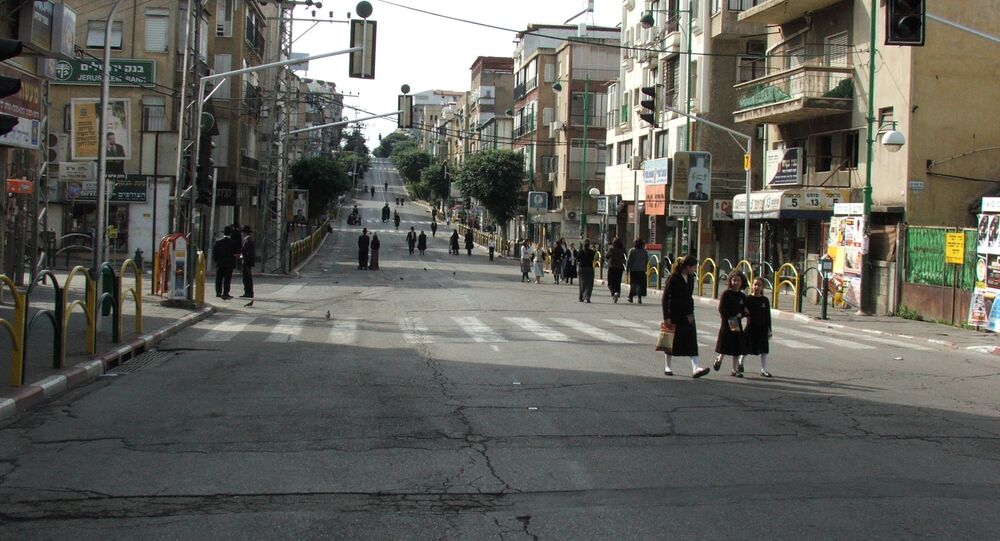 The minister, who heads an ultra-Orthodox Jewish party in Israel's government, has expressed outrage over rail works performed on Saturday, during the Jewish Sabbath.

Israeli Health Minister Yakov Litzman wrote in a resignation letter released to the media, "I tried, in every way, to prevent sabbath violations by Israel Railways, but having been unsuccessful, I can no longer bear ministerial responsibility for the strong blow to one of the eternal values of the Jewish people — the Sabbath."

However, the resignation of the health minister, who is also a rabbi from the United Torah Judaism party, controlling six of 120 seats in the parliament, didn't encourage other members of the party to follow the move. Besides, this step has not influenced the balance of power in the government, with Prime Minister Benjamin Netanyahu keeping a coalition majority with 66 seats.

READ MORE: Netanyahu's 'Betrayal': Bibi Gives in to Ultra-Orthodox to Secure His Government

Orthodox Minority in the Government

Sabbath is the day of rest and worship for Orthodox Jewish people, as God has rested from the creation during the seventh day, according to Exodus 20:8. This day is observed from sundown on Friday until the appearance of three stars in the sky on Saturday night, prohibiting 39 activities listed in Tractate Shabbat (Talmud).

As the Haaretz newspaper explained, the deal between Labor and Social Affairs Minister Haim Katz and Israel Railways presupposed the main repair works to be carried out on Sabbath as shifting them to weekdays would lead to the disruption of railway operations. According to the newspaper, the maintenance included routine adjustments to the train-signaling system and infrastructure work on the Ayalon track, as well as electrifying the tracks amid the construction of the fast train to Jerusalem set to be launched in four months.

The deal was presented to the country's Prime Minister Benjamin Netanyahu and the ultra-Orthodox parties, with the latter insisting on having all railway works on Sabbath interruption over fears of such a problem being raised every week. The situation has also resulted in a bill, ensuring that labor and social affairs minister take Jewish tradition into account when granting permits for Sabbath work.