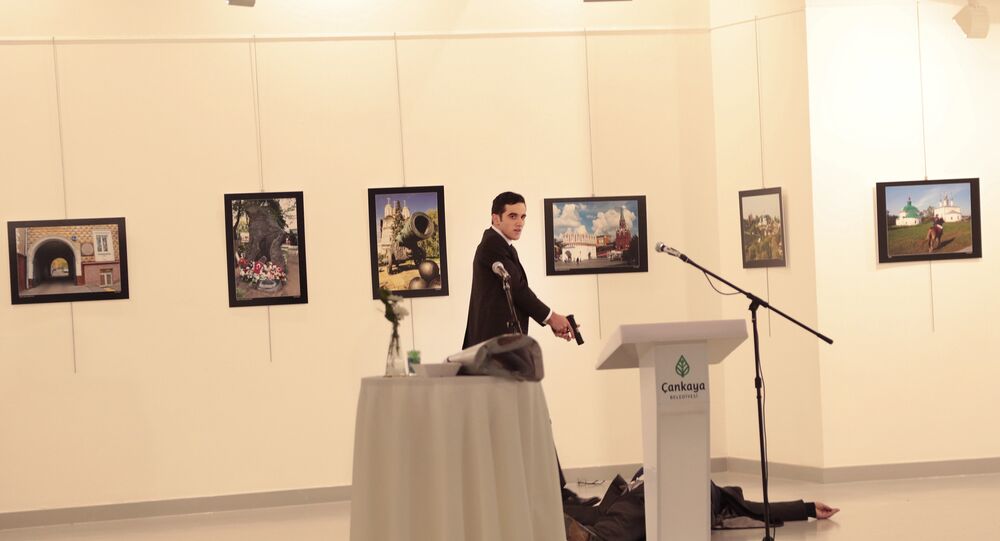 The arrest comes nearly a year after the assassination of former Russian Ambassador to Turkey Andrei Karlov.

MOSCOW (Sputnik) — Guru Media Broadcast Group Chairman Hayreddin Aydinbas, who had been detained earlier this week for alleged links to Islamic cleric Fethullah Gulen's movement, referred to as the Fethullah Terrorist Organization (FETO), was remanded into custody on Friday over alleged links to the murder of Russian Ambassador Andrei Karlov in December 2016, the Anadolu news agency reported citing a judicial source.

Following the interrogation by a prosecutor from the Ankara Chief Public Prosecutor’s Office, he had been taken into custody in line with the decision of a criminal court, the agency said.

Aydinbas confessed that he had links to FETO, but claimed that had broken away from the organization back in 2008.

According to Turkish media, Hayreddin Aydinbas also acted as a director general for "Eurasian House" organization that held a conference on Russia-Turkish economic relations in 2016 in Moscow, attended by Turkish Ambassador to Russia Huseyin Dirioz.

Andrei Karlov was shot by an off-duty Turkish police officer named Mevlut Mert Altintas at the opening of an art gallery exhibition in Ankara on December 19, 2016, with three people being injured in the shooting, and the gunman being killed at the scene by law enforcement. The Russian Foreign Ministry stated it considered the attack a terrorist attack.

Following the assassination,  a chief advisor to Turkish President Recep Tayyip Erdogan said that the crime was affiliated with the Gulen movement.

Trump to Nominate Ambassador to Turkey as Top Diplomat to Afghanistan