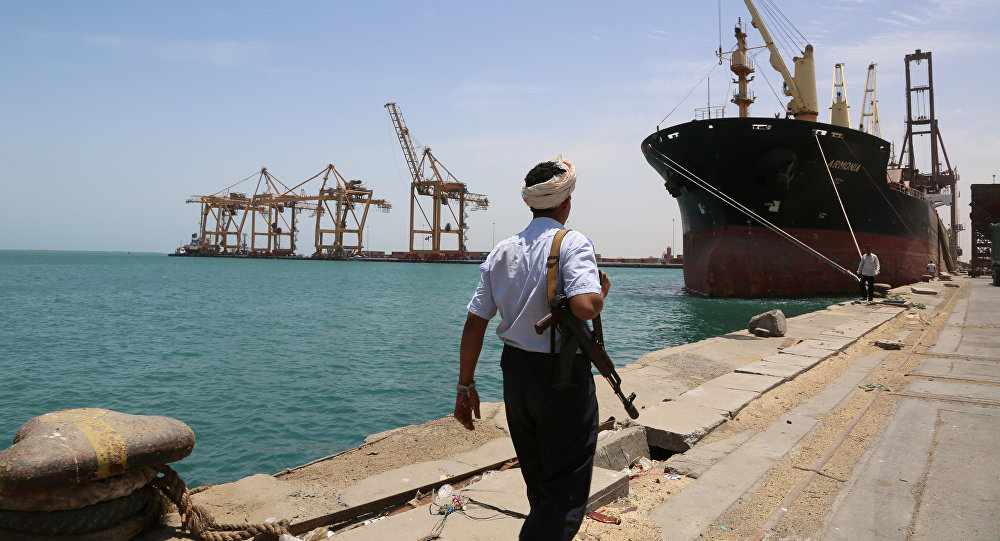 The blockade of Yemeni ports and airports has been the reason for UN authorities' concern over the humanitarian situation in the country.

"We are encouraged by the clearance of the flight which may be followed soon by flights from Djibouti to Sana’a," Jens Laerke said at a briefing.

According to the official, the United Nations has not received an approval from the Saudi-led coalition to deliver humanitarian aid to the crisis-torn state by sea and stressed the need to resume "commercial imports, in particular, fuel supplies for our humanitarian response and for water pumping."

The spokesman has emphasized the blockade could contribute to the degradation of the health situation in Yemen.

On November 6, the Saudi-led coalition announced the closure of Yemen's ground, air and seaports after a ballistic missile was fired at Riyadh from Yemen.

© AFP 2019 / SALEH AL-OBEIDI
Blockade of Yemeni Borders Temporary Measure - Saudi Arabia's UN Representative
The move called by Saudi authorities a "temporary measure" has caused concerns of numerous international organizations, including the UN agencies, that have claimed that the blockade could result in a deterioration of the humanitarian situation in the country.

Following the blockade, the UN issued a report saying that Yemen’s stock of rice and wheat would be completely depleted in about 100 days thus leading to “the largest famine the world has seen for many decades” and to millions of deaths.

Yemen has been engulfed in a violent conflict between the government headed by President Abd Rabbuh Mansur Hadi and the Houthi Shiite movement and backed by army units loyal to former President Ali Abdullah Saleh. Since March 2015, the Saudi-led coalition of mostly Persian Gulf countries has been carrying out airstrikes against the Houthis at Hadi's request.