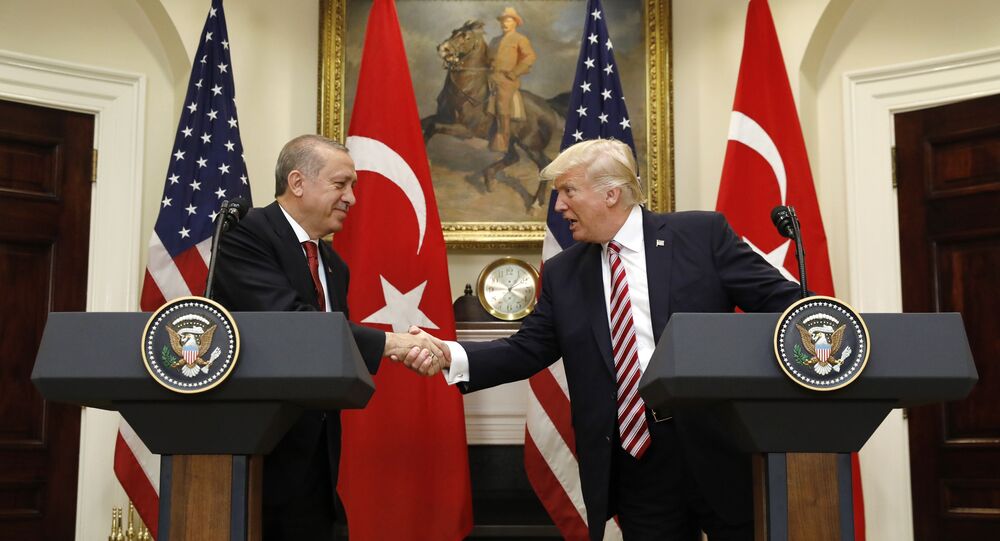 Earlier in the day, Erdogan once again accused the United States of increasing military pressure, saying that Washington was providing assistance to the Kurdish People's Protection Units (YPG), listed "not only with weapons but with personnel as well."

ANKARA (Sputnik) — Turkish Foreign Minister Mevlut Cavusoglu has announced that US President Donald Trump reassured his Turkish counterpart Recep Tayyip Erdogan that he had ordered to cease supplies of the US armaments to the Syrian Kurds.

"According to his [Trump's] words, it would have been better to put an end to this foolishness. We welcome this decision and will monitor its implementation," Cavusoglu told a press conference.

Hours later, the White House has confirmed the information, saying that the move was "consistent with our previous policy."

The decision by the US president comes after Turkish Prime Minister Binali Yildirim has reiterated that Ankara expected the US to stop supplying Syria's YPG not only with weapons after Daesh's defeat.

© Sputnik / Hikmet Durgun
Ankara Accuses Syrian Kurds of Plotting Daesh Terrorists' Withdrawal From Raqqa
At the same time, representatives of the YPG and Democratic Federation of Northern Syria said that Kurds "were determined to retaliate against Turkish invasion of Afrin" amid the recent military buildup on the Syrian-Turkish border near the Kurdish-controlled city.

Previously, Turkish President Recep Tayyip Erdogan explained the buildup by Ankara's desire to protect the country's southern border with Syria from terrorists, adding that a deal reached between Turkey and Russia on a joint plan of action in the city of Afrin "opened up new opportunities" for Turkey.

Ankara considers the YPG, which has been fighting against Daesh mostly as part of the Syrian Democratic Forces' (SDF) rebels, to be affiliated with the Kurdistan Worker’s Party (PKK) that is listed as a terrorist group in Turkey.