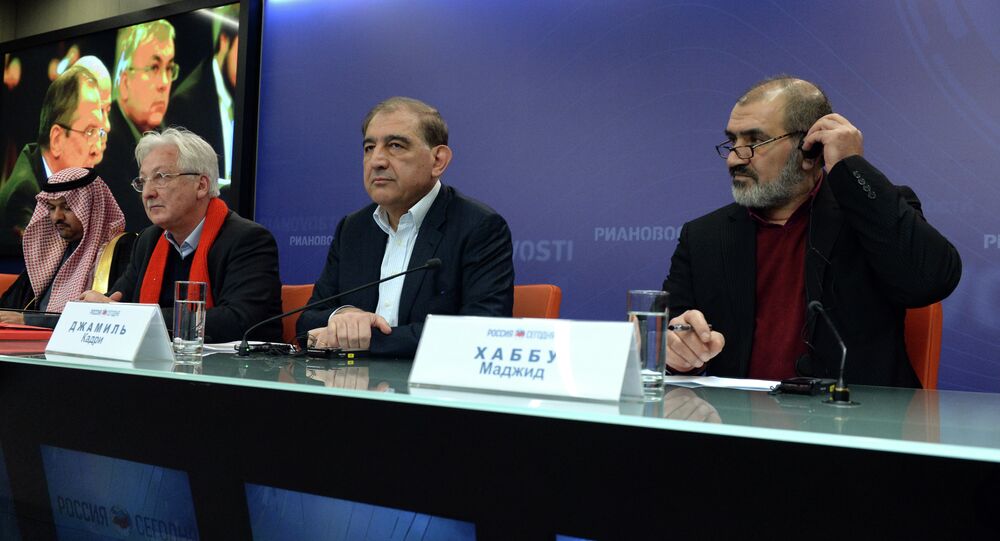 Nimrud Suleiman from the Moscow platform said that he was unaware of the reasons behind the decisions of the representatives to leave the meeting, adding that he had left it due to "political and ethical reasons."

"The delegates from the Moscow and Cairo platforms have left the Riyadh meeting," Qadri Jamil said.

© Sputnik / Maxim Blinov
Moscow Will Support Riyadh's Efforts To Unite Syrian Opposition - Lavrov
On Wednesday, about 150 delegates from different groups and platforms of Syria's opposition gathered in the Saudi capital to form a unified opposition and to agree on a document for discussion with Damascus.

Previously, Russian Foreign Minister Sergei Lavrov has praised the Riyadh's work on uniting the Syrian opposition, adding that Russia will "support the efforts that Saudi Arabia is taking in this direction."

Meantime, Sputnik has obtained the text of the final communique, in which the opposition representatives had demanded Syrian President Bashar Assad to leave and had criticized Tehran's role in the Syrian conflict.

Earlier on in the day, the Russian Center for Syrian reconciliation has reported that Syrian authorities were in talks with representatives of the armed opposition to open an additional humanitarian corridor.

"To expand humanitarian access to the Eastern Ghouta de-escalation zone, Syrian government officials, with the mediation of the officers of the Russian Center for Syrian reconciliation, are negotiating with representatives of the armed opposition the opening of an additional humanitarian corridor in the southern part of the de-escalation zone Eastern Ghouta," head of the center, Lt. Gen. Sergei Kuralenko, said during a daily briefing.