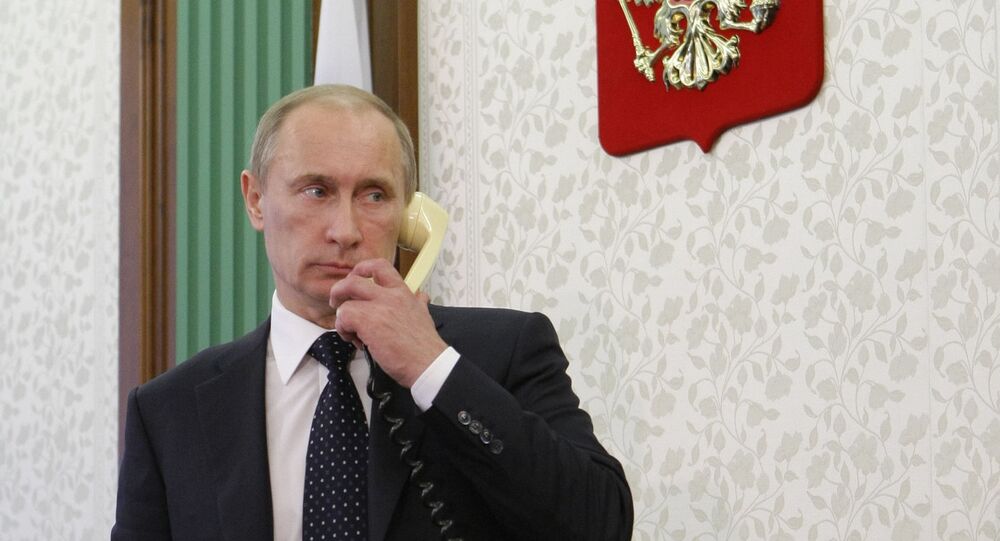 Russian President Vladimir Putin discussed with leaders of Saudi Arabia, Egypt, and Israel in phone talks on Tuesday recent developments in Syria and further cooperation in various projects, including security and energy sectors, the Kremlin press service said in a statement.

"The leaders expressed interest in the further expansion of mutually beneficial cooperation in various areas, including contacts between security services," the press service said.

Putin and Netanyahu have also pointed out the progress in the fight against terrorism in Syria.

"A substantive exchange of views was held on the prospects for the development of the situation in the Middle East region, primarily in the context of the final stage of the fight against international terrorism in Syria," the press service said in a statement.

Vladimir Putin and Egyptian President Abdel Fattah Sisi discussed in phone talks on Tuesday the progress made in Syria and further efforts in the political settlement of the Syrian conflict, the Kremlin press service said.

"Vladimir Putin informed the Egyptian leader in detail about the Russian assessments of the latest developments in the situation in Syria in the context of the final stages of the military operation to destroy terrorists in that country and discussed the results of the recent talks with Syrian President Bashar Assad," press service of the Russian president said.

"The topical issues of the bilateral agenda were touched upon, with focus on the implementation of major joint projects, including in the nuclear energy sector. The sides reaffirmed mutual satisfaction with the overall development of friendly Russian-Egyptian relations," the statement said.

Vladimir Putin has discussed the situation in Syria in phone talks with Saudi King Salman on Tuesday.

"The leaders continued the exchange of views on the situation in the Middle East region and discussed issues related to the prospects for a long-term settlement of the Syrian conflict in light of recent successes in the fight against terrorist groups there," the press service said in a statement.

According to the statement, the Russian president noted that the Syrian National Dialogue Congress, to be held in Sochi, will give impetus to the intra-Syrian contacts and to the settlement of the Syrian conflict in general, as well as stimulate work under the UN aegis in Geneva.

The Kremlin press service also said in a statment that Putin has informed all of his counterparts about the Monday meeting with Syrian President Bashar Assad, as well as about the main issues on the agenda of the upcoming summit of the countries-guarantors of the Astana process  — Russia, Iran and Turkey — in Sochi on November 22.