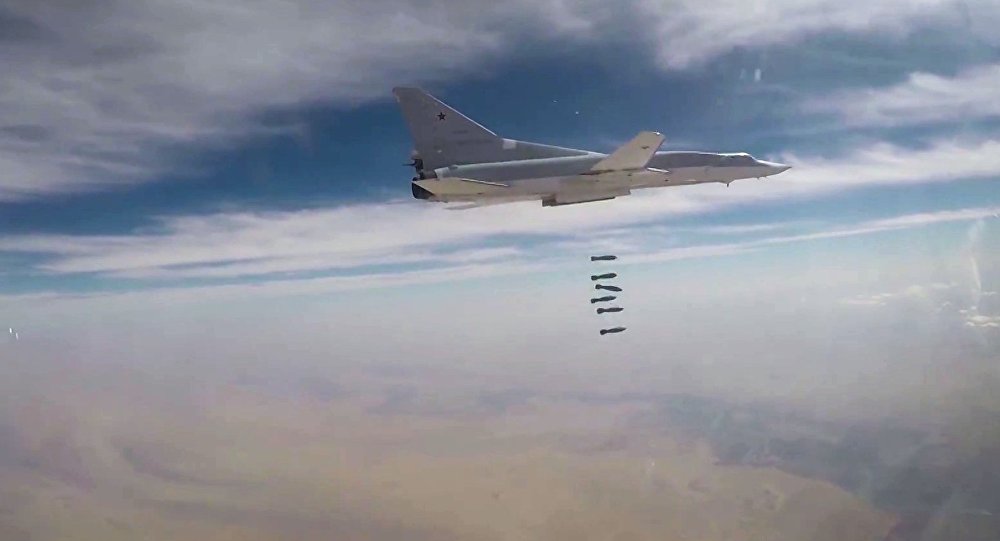 The town of Abu Kamal in the Deir ez-Zor province that had been the last major Daesh stronghold in Syria was liberated by the government forces with Russia's aerial assistance last week.

"Fortified areas, manpower and armored vehicles of terrorists have been targeted," Defense Ministry stated, adding that means of reconnaissance had confirmed the destruction of all the designated targets.

The strikes come in the wake of the Syrian army's liberation of the town of Abu Kamal that had been the last largest Daesh hotbed in the war-torn state.

Commenting on the successful operation to free Abu Kamal in the Deir ez-Zor province, Russian Defense Minister Sergei Shoigu stated last week that the demining of the area had started, while the Syrian army’s offensive in the eastern bank of river Euphrates was developing successfully.

The Syrian army has been conducting a major operation in the Deir ez-Zor province following the historic lifting of the three-year Daesh siege of Deir ez-Zor city, which has so far resulted in its complete liberation and the victory in al-Mayadin, the once largest terrorist stronghold in the region that had been used by the jihadists to accumulate weapons and manpower to launch attacks on the cities of Palmyra and Deir ez-Zor.