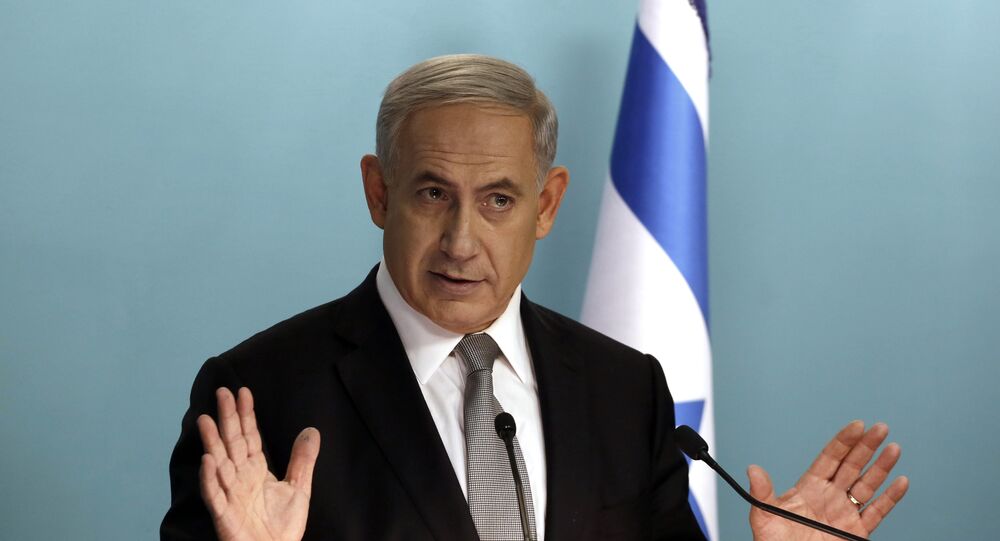 Israel has made it clear to Russia and the United States that it will continue to operate in Syria to protect its security interests, the state radio station Kan reports citing Prime Minister Benjamin Netanyahu.

The statement was made a day after Russia and the US agreed to work with the Syrian government to remove Iranian-backed forces from opposition-held territories.

"I made it clear to the United States and Russia that Israel will act in Syria on the basis of […] its own security interests," the head of the cabinet said, speaking before the members of the parliamentary faction of the ruling Likud Party.

The Israeli authorities accuse Iran of trying to turn Syria into a "hostile outpost" with tens of thousands of Shiite militia fighters, its own air and naval bases. The constant Iranian military presence in the neighboring country in general and at the border areas in particular is considering as unacceptable by Jerusalem; Israel promises to oppose it with force if diplomacy does not prove effective.

© REUTERS / Alaa Al-Faqir
'Naive': Israel Rules Out Handing Over Golan Heights to Syria
Earlier, a US State Department official has commented on the recent ‘on-the-fly’ greeting between Russian President Vladimir Putin and US President Donald Trump amid the APEC summit. The official said the the two leaders agreed their willingness to cooperate in Syria if their interests converge.

According to the official, "Russia have agreed to work with the Syrian regime to remove Iranian-backed forces… from opposition-held territory" as well as the borders of the Golan [Heights] and Jordan.