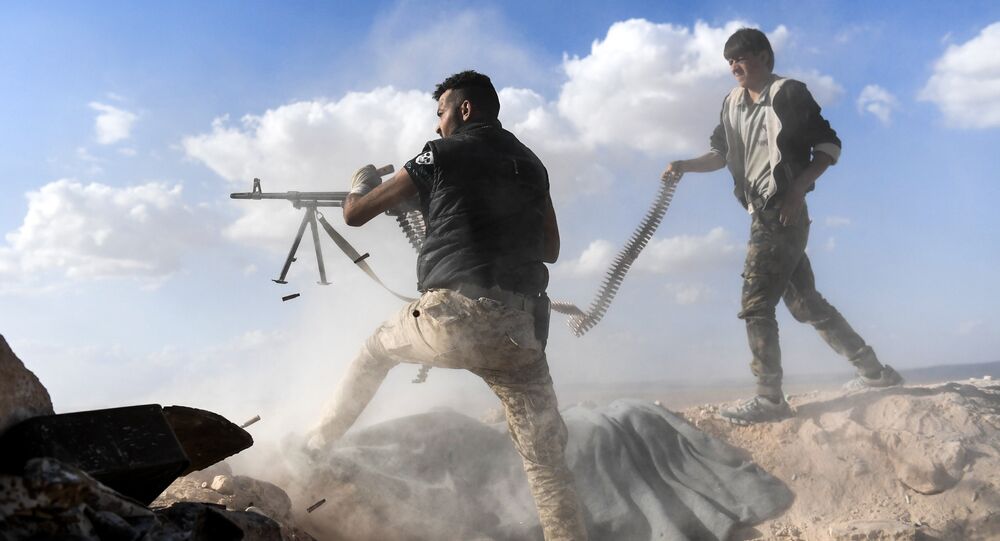 The Syrian army, with support from the Russian Aerospace Forces, has recently retaken the city of Abu Kemal, the last Daesh terrorist stronghold in the eastern Syrian Governorate of Deir ez-Zor. Syrian Brigadier-General Heitham Hassoun and Syrian deputy Walid al Zuubi have revealed to Sputnik Arabic where the government troops will go next.

According to Brigadier-General Heitham Hassoun, there are several places where the Syrian army might strike next.

"The first is the liberation of Raqqa Governorate, which the US has occupied by the hands of the so-called Syrian Democratic Forces (SDF). The second variant is to head towards Idlib Governorate," he told Sputnik Arabic.

The military official suggested that the army will opt for the Raqqa operation as it is located closer to the current deployment site of the Syrian troops and thus it won't be necessary to redeploy military equipment and manpower far away.

Heitham Hassoun also surmised that recent changes in Iraq will facilitate the operation. The borders and checkpoints are now controlled by Baghdad, he explained, and thus the SDF won't be able to freely cross the Iraq-Syrian border any longer. Besides, the Iraqi government has recently liberated numerous areas along its border with Syria from terrorists, he pointed out.

"Although Idlib has been declared a de-escalation zone, there are constant clashes there. The situation is being aggravated due to its location along the border with Turkey, which had deployed its troops there without any permission," the lawmaker told Sputnik.

According to the politician, after the liberation of Idlib, Syrian could be fully cleared of militants within several months.

He further pointed out that the Syrian government is for the political settlement of the crisis, however the road to it is being laid by the army. Each major success of the Syrian troops is being followed by an international conference on the situation in the country, Walid al Zuubi concluded.

There has been some controversy over the final liberation of Abu Kemal: on Friday, Russian Defense Minister Sergei Shoigu announced that the Syrian army, with the support of Russia's Aerospace Forces, had retaken the settlement. A day later, however, the reports of some Western media sources claimed that Daesh has recaptured nearly 60 percent of its territory, squeezing the government troops out of the city.

On Sunday, a representative of the Russian group of forces in Syria refuted all the reports, calling them "unfounded propaganda."